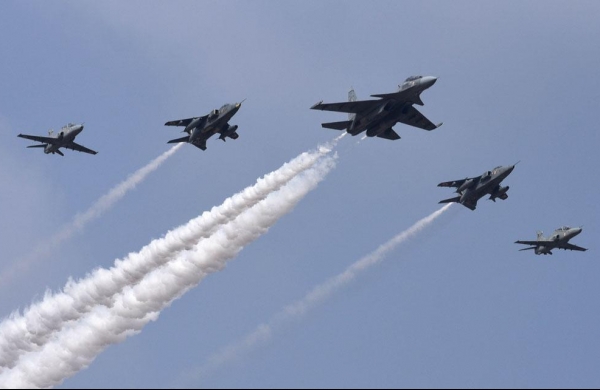 By Express News Service
BENGALURU: Hindustan Aeronautics Limited (HAL) on Thursday drew a rosy picture of its performance saying its order book is set cross the Rs 1 lakh crore-mark by the end of 2022. Speaking to reporters at the Aero India 2021 here, R Madhavan, Chairman and Managing Director, HAL, said that they have even received export enquiries for the Light Combat Aircraft Tejas.

He said the company’s order book was Rs 53,000 crore. “But if you add Tejas to it, it will cross Rs 80,000 crore … so that is the order book as of now. We are expecting two more orders for  Light Combat Helicopter and HTT-40 (from the IAF), coming up for the next year,” he said.

On February 2, a day before the three-day Aero India 2021 commenced, Defence Minister Rajnath Singh handed over the Rs 48,000 crore order for 73 LCA Tejas Mk-1A fighters and 10 Tejas Mk-1A trainers to HAL. “We will start delivery from 36 months from T-0, which is today (February 4). In March 2024, we will make the first delivery of LCA Tejas Mk-1A to the IAF.

The first delivery will be of two aircraft. The total supply time post the first delivery will be six years, which means a total delivery time (for all 83 aircraft) will be nine years (by 2030). But we will try and reduce it by one year,” Madhavan said.  The LCA Tejas’ indigenous content at present is 52%. Madhavan said some countries in South East Asia and West Asia have evinced interest in importing Tejas. He said HAL is looking at exporting Tejas at the same price at which they sold it to the IAF(Rs 309 crore a piece).