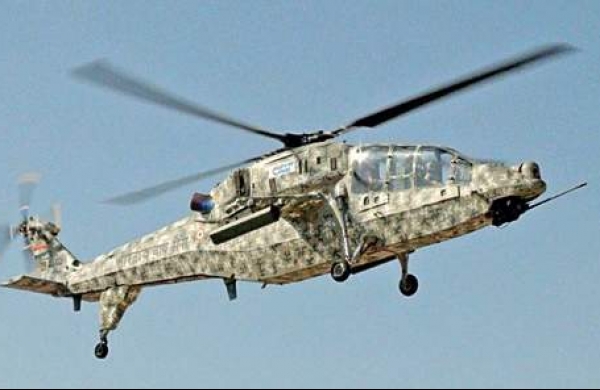 By Express News Service
BENGALURU: HAL and Safran Aircraft Engines, France, on Friday signed an MoU at Aero India 2021 to explore opportunities for strategic business cooperation that leverage the complementary talents and capabilities of both parties and support development of a robust ecosystem for aero-engines in India, consistent with the goals of the Make in India initiative.

The MoU was signed by D Maiti, Executive Director (Corporate Planning), HAL, and Pierre Dickeli, CEO (Safran India) in the presence of other senior officers during the “Bandhan” event at Aero India 2021.

The MoU’s scope encompasses a wide spectrum including transfer of key manufacturing technologies, manufacturing and maintenance, repair and overhauling of M88 engines of Rafale and other engines, besides development and production of high thrust aero-engines related to cooperation.

HAL and Rolls-Royce have agreed to expand their partnership in India for collaboration in two areas – augmenting the supply chain for both Civil and Defence Aerospace and establishing an authorised maintenance centre for Adour Mk871 engines to support Rolls-Royce’s global customers.

Through these new collaborations, the two companies will build on their partnership of over 60 years, wherein Rolls-Royce engines have been ‘Made in India’ and supported by HAL (Hindustan Aeronautics Limited) under license from Rolls-Royce, a joint statement said. HAL CMD R Madhavan said they are looking at new areas of cooperation and exports to countries which Rolls-Royce and HAL together contribute to in aerospace applications.

Lockheed Martin on Friday signed an MoU with Hindustan Aeronautics Limited (HAL) to explore industrial opportunities. SpearUAV developers and suppliers of unique Unmanned Aircraft Systems (UAS) solutions for defence and Homeland Security (HLS) applications from Israel – has signed a Memorandum of Understanding (MoU) with Indian company, Paras Aerospace, a subsidiary of Paras Defence and Space Technologies Limited, to introduce the unique encapsulated Ninox 40 system to the Indian market for use by military forces, paramilitary, internal security and law enforcement agencies.

Pankaj Akula, CEO of Paras Aerospace, said they are indigenously developing agri cameras at an estimated sale price of less than Rs 3 lakh per unit.

HAL on Friday received the Provisional Certificate for the Engine and Flight Display Unit (EFDU) indigenously developed for the Jaguar DARIN III fighter aircraft platform at the Bandhan programme during Aero India 2021.

This EFDU will replace an imported Engine and Flight Instrument System (EFIS) Unit thereby giving a boost to the ‘Aatmanirbhar Bharat’ initiative.