Haj 2021 likely in June-July; decision to depend on Covid protocols: Naqvi 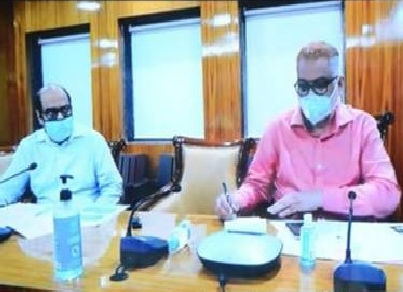 Union Minister of Minority Affairs Mukhtar Abbas Naqvion Monday (October 19) said that Haj 2021 will depend on national-international Protocol Guidelines due to Pandemic Position.

While chairing Haj 2021 review meeting in New Delhi, Naqvi said that Haj 2021 is scheduled for June-July 2021, but the final decision regarding Haj 2021 will be taken in due course keeping in view necessary guidelines to be issued by the Saudi Arabia Government and the Government of India in view of Corona Pandemic to ensure health and well-being of the people.

Naqvi said that Haj Committee of India and other Indian agencies will formally announce Haj 2021 application process and other related preparations after a decision is taken by the Saudi Arabia Government on Haj 2021.

Naqvi said that the entire Haj process might witness a significant change in view of necessary guidelines. These include accommodation, transport, health and other facilities both in India and Saudi Arabia.Naqvi said that only because of 100 per cent digital Haj process in India, about Rs 514 crore surplus amount of Haj pilgrims during last 3 years has also been returned back into their bank accounts directly even during this Corona pandemic. This has been done for the first time in the history of Haj process.