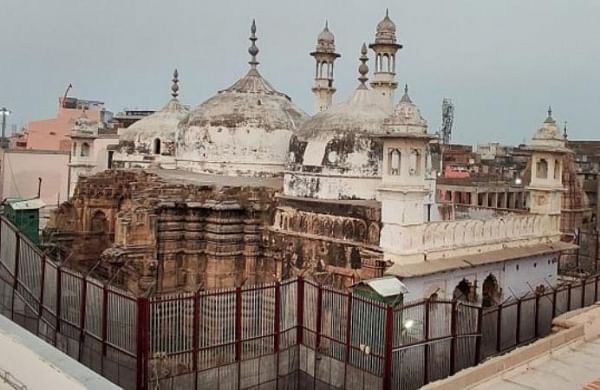 NEW DELHI: Amid the Gyanvapi mosque row, prominent Muslim organisation Jamiat Ulema-e-Hind on Wednesday appealed to the people, specially members of the community, not to hit the streets over the issue and avoid all kind of public demonstrations.

The Gyanvapi mosque is adjacent to the iconic Kashi Vishwanath temple in Varanasi and a local court is hearing a plea by a group of five Hindu women seeking the court’s permission for daily prayers before the idols on its outer walls.

In a statement, Jamiat Ulema-e-Hind president Maulana Mahmood Madani said some “mischievous elements and biased media” are trying to create strife between the two communities by fanning religious emotions.

In such a situation, the Jamiat appeals to all the people of India, specially Indian Muslims, that they should not hit streets over the issue of the Gyanvapi mosque and all kinds of public demonstrations should be avoided, it said.

The Committee of Management Anjuman Intezamia Masjid is a party to the matter in various courts of the country and it is believed that they will fight this case vigorously till the end, the statement said.

Other organisations of the country are urged not to interfere directly in this case in any courts, the Jamiat said.

If they want to provide help or assistance in the case, they can do through the ‘masjid intezamiya committee’, it said.

Ulema, scholars, speakers and TV debaters are urged to refrain from participating in debates and discussions on this issue, the statement said.

The case is sub-juidice, so provocative debates and social media speeches are by no means in the interest of the country, the Jamiat said.