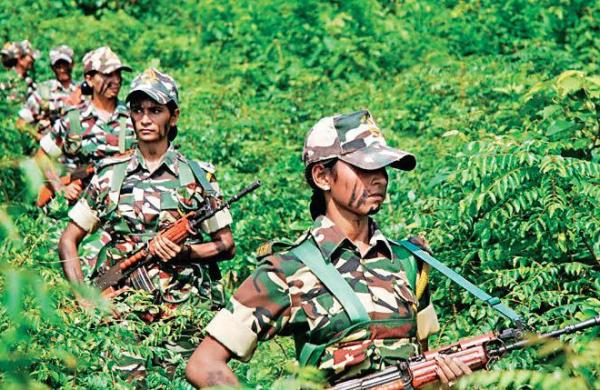 Express News Service
NCC cadets get basic flight trainingNCC cadets of 50 Assam Air Squadron got a feel of height from a micro-light aircraft after they were taken for flight training at the Lokpriya Gopinath Bordoloi International Airport. Despite the rush of air traffic, the Air Traffic Control accommodated the sorties, making it possible to achieve the challenging task which was carried out under the supervision of Group Captain Robin Vishoyi, Commanding Officer of Guwahati-based 50 Air Squadron NCC. “The cadets were imparted basic flight training and given first-hand experience in flying micro-light aircraft,” an official statement said.

IIT team designs system to detect colorectal cancerA team of researchers from the Indian Institute of Technology, Guwahati has designed an artificial intelligence-based system to detect colorectal cancer. The results of the work were recently published in the journal Scientific Reports. The paper has been co-authored by Kangkana Bora of Cotton University, Guwahati; Kunio Kasugai of Aichi Medical University, Japan; and Zhongming Zhao from the University of Texas, Health Science Centre, Houston, USA. Saurav Mallik of Harvard University also contributed to the study. Colorectal cancer is the third most common type of cancer in India. If detected early, it can be cured. The commonly-used technique to detect it is colonoscopy, in which the specialist visually inspects the image obtained by the camera inserted into the colon of the subject.

SSB personnel sensitised on wildlife crimesThe Wildlife Crime Control Bureau (WCCB) and biodiversity conservation and research organisation Aaranyak sensitised the personnel of Shashastra Seema Bal (SSB), guarding India’s border with Bhutan, on the role they can play in curbing trans-border wildlife crimes which thrive across nations. The WCCB and the Aaranyak jointly organised a workshop recently for the SSB’s 23rd Battalion in Assam’s Udalguri. The workshop was aimed at raising awareness level among the personnel in Assam and Arunachal Pradesh on the need to curb wildlife crimes.

Central govt urged to remove smoking roomsOn the No Smoking Day, the central government was urged to remove designated smoking rooms at hotels and restaurants and airports to protect people from passive smoking. Appreciating the government for initiating the process to amend the Cigarettes and Other Tobacco Products Act (COTPA) 2003, doctors, cancer victims and restaurateurs appealed for immediate removal of the current provision that permits smoking areas, to make India 100 per cent smoke-free and check the spread of Covid.  “There is growing evidence that smokers who contracts Covid are at greater risk of fatality,” said Dr Munindra Narayan Barua, MD, North East Cancer Hospital.