Gujarat’s new anti-conversion law challenged in HC, matter to be listed after two to three days 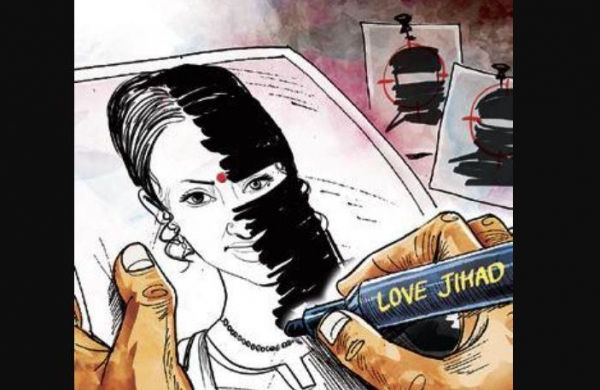 By PTI
AHMEDABAD: Provisions of a new Gujarat law which penalises forcible or fraudulent religious conversion through marriage has been challenged in the state High Court, where it was mentioned before a division bench on Monday.

The Gujarat Freedom of Religion (Amendment) Act, 2021, was notified in the state on June 15.

The matter was mentioned before the division bench of Chief Justice Vikram Nath and Justice Biren Vaishnav for circulation.

Allowing the same, the court said it will be listed after two to three days.

Lawyer MTM Hakim, who represents the petitioner challenging the provisions of the Gujarat Freedom of Religion (Amendment) Act, declined to share any more detail at this stage.

The state government had passed the Gujarat Freedom of Religion (Amendment) Bill in the Assembly during the Budget session, and Governor Acharya Devvrat gave his assent to it on May 22.

It came into force on June 15, and since then several FIRs have been filed in different police stations of Gujarat under the controversial law.

The first FIR was filed at a police station in Vadodara against one Samir Qureshi (26) for allegedly luring a woman of another religion by posing as a Christian on social media in 2019, as per the police.

The Act has stringent punishment for forcible religious conversion through marriage and attracts imprisonment of 3 to 5 years and up to Rs 2 lakh fine.

If the victim is a minor, a woman, a Dalit or tribal, then the offenders may be punished for a jail term of 4 to 7 years and a fine of no less than Rs 3 lakh.

For an institution or an organisation found flouting the law, the person in charge during the time of the offence shall invite punishment no less than three years extending up to ten years, as per the Act.

“The Gujarat Freedom of Religion Act, 2003 seeks to deal with religious conversion through allurement, force or by misrepresentation or by any other fraudulent means.”