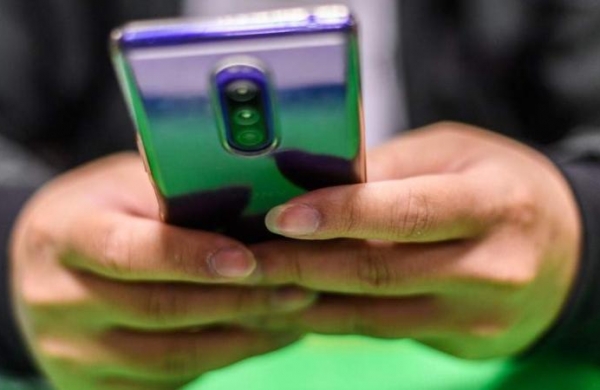 By PTI
DAHOD: Two teenaged girls were allegedly verbally abused and thrashed by a group of men, including relatives, for speaking on their mobile phones at a village in Gujarat’s Dahod district, police said on Saturday.

Video recordings of the incident, which took place at Bhuvera village on June 25, went viral on social media, following which an FIR in this regard was registered on Friday, based on a complaint lodged by the mother of one of the girls.

The girls, aged 13 and 16 years, who are cousins, were allegedly beaten up by a group of over 15 men, who took objection to them talking over mobile phones, an official from Dhanpur police station said.

The video shows a group of men surrounding the two frightened girls, verbally abusing, threatening to kill them and proceeding to thrash them.

While no complaint was lodged for almost a month, once the video came to the notice of the police, the family was informed of the same and an FIR was registered against 15 accused from Bhuvera and neighbouring Alindra villages and other unidentified persons at Dhanpur police station, the official said.

The accused have been booked under sections 143 and 149 (unlawful assembly), 147 (rioting), 323 (voluntarily causing hurt), and 504 (insult causing to break public peace) of the Indian Penal Code (IPC), and under relevant provisions of the Juvenile Justice (Care and Protection of Children) Act, he said, adding that efforts are on to nab the accused.