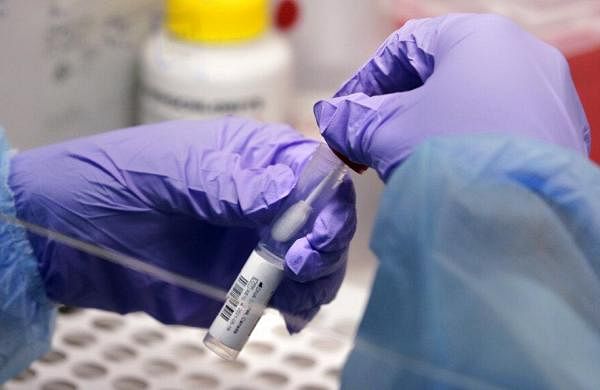 AHMEDABAD: Gujarat Chief Minister Bhupendra Patel on Thursday chaired a high-level meeting to review the present situation with regard to coronavirus, vaccination coverage and emergence of Omicron cases in the state, where seven more persons were found infected with the new strain.

During the meeting, the CM was informed that nearly 70,000 tests are being conducted every day for detection of the COVID-19 infection.

He was also informed that nearly 85 per cent of Gujarat’s eligible population has been given both the doses of anti-COVID-19 vaccines till date, said the release, adding nearly 95 per cent of the adults have been given the first shot.

Meanwhile, seven more persons, all residents of Vadodara city, were found infected with the Omicron strain of coronavirus during the day, officials of the Health Department said.

These seven persons, including three children aged 5,9 and 11 years, came into contact with a Zambia-returned couple who was found infected with the new strain a week back.

All were asymptomatic and found positive for Omicron during contact tracing exercise, said the release.

With these fresh infections, Gujarat’s tally of Omicron cases reached 30 on Thursday.

Of these, five patients have also recovered.

Addressing a press conference over the Omicron issue, Additional Chief Secretary, Health, Manoj Aggarwal, said the administration is fully prepared to deal with any situation and required arrangements have been made as per the Centre’s guidelines.

“After an alert was sounded about Omicron, nearly 31,000 international travellers have arrived in Gujarat since December 1. They included 3,500 travellers who have arrived from ‘at-risk’ countries. Travellers from ‘at-risk’ countries are asked to quarantine themselves at home for seven days as a precautionary measure even if their RT-PCR test comes negative upon arrival,” said Aggarwal.

He said though nearly 75,000 persons are being tested everyday for COVID-19, the administration has been asked to increase the examination of swab samples.

The senior bureaucrat said people found infected with Omicron in Gujarat were only showing mild symptoms and no one was required to be admitted to hospital so far.

However, as a precautionary measure, all of them were shifted to isolation wards so that the infection does not spread further, he added.