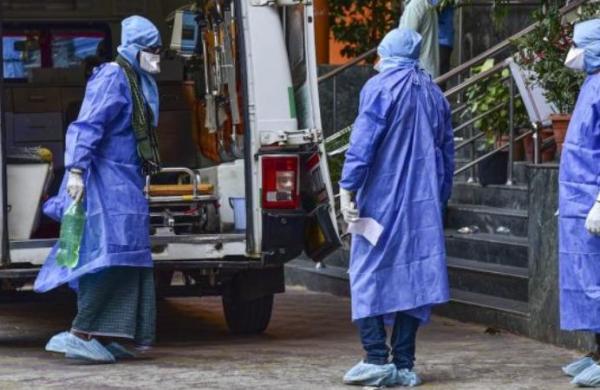 By PTI
AHMEDABAD: Gujarat recorded its highest single-day spike of 1,640 coronavirus cases on Monday which took the caseload to 2,88,649, the state health department said.

The previous record of daily increase in the state was of November 27 when 1,607 new cases had come to light.

In February this year daily COVID-19 cases in Gujarat had fallen below the 250-mark, before surging again.

Four patients died on Monday, two each in Ahmedabad and Surat, raising the number of COVID-19 fatalities to 4,454.

After recording 1,442 cases on September 25, the highest single-day rise till then, Gujarat witnessed a brief decline in daily new cases, dropping to a three-digit figure of 996 on October 19, and remaining in the same region till the first week of November.

After November 14, however, the daily cases surged, peaking to 1,607 cases on November 27.

The cases again deceased to three digits (960) on December 21, and dropped below the 250-mark in the first week of February, before rising again.

Ahmedabad surpassed Surat to record the highest 483 new cases in the state on Monday.

There are now 7,847 active cases in Gujarat, out of which 73 patients are on ventilators, the department said.

On Monday, 2,32,831 people received the COVID-19 vaccine shots, including 2,22,186 belonging to those above the age of 60 and those suffering from comorbidities.

The Union Territory of Daman, Diu and Dadra and Nagar Haveli recorded four new cases and an equal number of recoveries, taking its tally to 3,459 and recoveries to 3,402.

There are 55 active cases in the UT, which has reported two COVID-19 deaths so far, officials said.