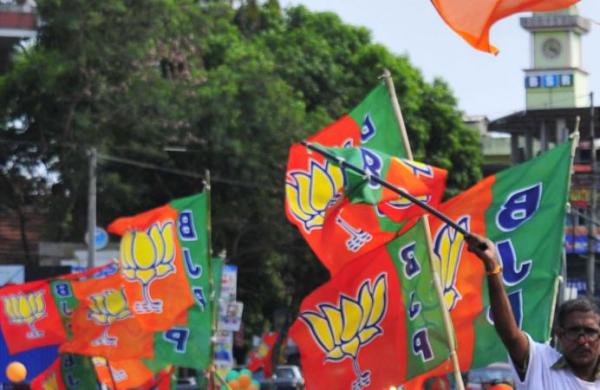 By PTI
AHMEDABAD: A BJP MLA in Gujarat on Monday threatened to “finish off” reporters when they sought his reaction on whether his son, who had filed nomination papers for upcoming elections to Vadodara municipal corporation, has three children which is the violation of poll norms.

The nomination of Deepak Shrivastav, son of the MLA Madhu Shrivastav, was finally rejected on Monday evening over the issue of the number of children, a poll official said.

Deepak Shrivastav had filed the nomination papers as an Independent candidate from Waghodia ward in Vadodara city, after he was refused a ticket by the BJP.

“Nomination of Deepak Shrivastav was declared invalid over the issue of the number of children,” said Vadodara’s assistant returning officer MS Solanki without elaborating.

BJP candidate Ashish Joshi had raised objection to Deepak Shrivastav’s nomination before the returning officer, claiming the MLA’s son had three biological children but he showed having only two children in his nomination form.

The Gujarat Local Authorities (Amendment) Act, 2005, prescribes disqualification as well as rejection of nomination forms for local body elections if a candidate has more than two children.

“If you again tell me that my son has three children, then I will sue you. He has only two children and not three. He had one child when he won an election for the second time, and now he has two children,” MLA Shrivastav told reporters hours before his son’s nomination was declared invalid.

“He does not have three children. Bring me the proof if you have. Think before you talk….Better do not ask this question, otherwise I will not even let you stand here. Be careful….Do not ask anything, otherwise I will finish you here. I will ask somebody to finish you off, so be careful,” the MLA told reporters.

He said his son had submitted proof to back his claim.

Deepak Shrivastav was denied ticket as the ruling BJP had decided against fielding relatives of the party leaders for the civic elections.

The MLA had earlier expressed his displeasure over the BJP’s decision to not give the ticket to his son.

The BJP had also declared that it will not give tickets to candidates above the age of 60 years and those who have completed three terms as councillors.

Elections to six municipal corporations, including Vadodara, are scheduled to be held on February 21.