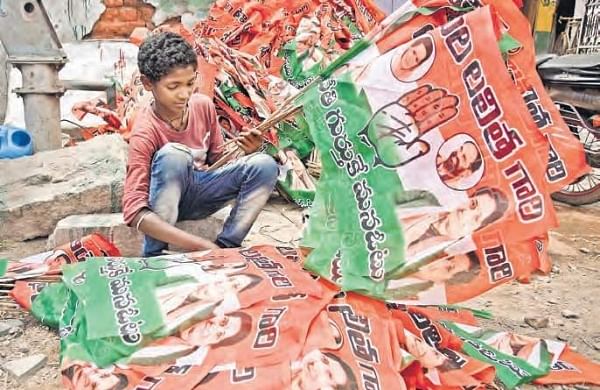 AHMEDABAD: Naresh Patel, an influential Patidar leader, is yet to reveal what his plans are amid speculations that he is set to join the Congress party.

The head of the Shree Khodaldham Trust which manages the temple of Khodal Mata had visited Delhi lately. However, he denied to the media his Delhi visit had anything to do with politics. He denied having met the congress top brass. He admitted that he met Prashant Kishor. He said that Hardik Patel had met him. But Naresh Patel summed up that he is yet to make up his mind about taking a plunge into politics. On that question, Patel said he will decide by May 15.

“The decision to enter politics is a serious matter. I do not want to take a decision in a hurry and get into trouble. I have to answer you, and my community too. However, I do not lack decision-making power.  I will announce my decision by May 15 on whether I want to take a plunge into politics or not. Or I will tell you which party I am going to join,” he told media persons.

“People say that Prashant Kishor has joined the Congress. But I cannot say anything specifically, I am not an authorized person to speak about it. And, yes there are rumours that Hardik Patel is going to join BJP. And if he does so then that is his personal decision.”

Meanwhile, Gujarat Congress In-charge Raghu Sharma Said “Naresh Patel is a social and respected leader. It is a pleasure if he had met the Congress High Command. A leader like Naresh Patel is welcome in the Congress. His presence will make the party stronger.”

Meanwhile, Hardik Patel has changed his social media DP today. Earlier, his WhatsApp DP had a Congress symbol and it said, “I will fight and win.” Hardik’s DP was still the same till yesterday, i.e. till April 22. But today, his DP has changed and he put a formal photo. However, Hardik’s Facebook page and Twitter handle have the same profile picture with the congress logo.

It may be recalled that Hardik Patel had praised the BJP on Friday.