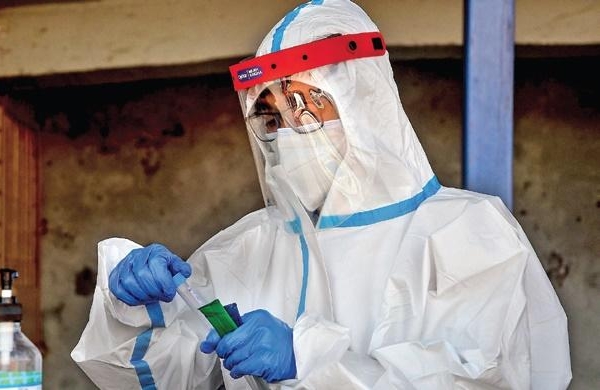 By PTI
AHMEDABAD: The Gujarat High Court on Friday dismissed a plea filed by a Parsi Panchayat body that sought permission to perform the last rites of community members who died of COVID-19, as per the Zoroastrian tradition instead of cremating them.

The division bench of Justices Bela Trivedi and Bhargav D Karia disposed of the petition, saying it lacked merit and cited the recent remarks made by the Supreme Court with regard to Kanwar Yatra in Uttar Pradesh.

In its plea, filed in May, the Surat Parsi Panchayat Board had sought to protect the fundamental right to perform the last rites of community members who died of COVID-19, as per the tradition of Dokhamanshini, and not cremation, as directed by the authorities in view of the pandemic.

In the Dokhamanshini tradition, the body is kept at a height in a structure referred to as a well or tower of silence, to be eaten by vultures, and the remains are left to decompose under the sun, it was stated.

“Safety and welfare of the state is the supreme law. In the Kanwar Yatra issue, even the Supreme Court had observed that the health of citizens and their right to life are paramount and all other sentiments are subservient to this fundamental right,” Justice Trivedi said.

Considering the prevailing COVID-19 situation, the guidelines issued by the Ministry of Health and Family Welfare regarding the disposal of dead bodies by cremation or burial are in the larger public interest and cannot be said to be violative of fundamental rights of the Parsis, the bench said.

The court cited that the petition was devoid of merits and rejected the plea.

The petition had stated that the Parsi community had been compelled by the authorities to opt for cremation or burial of the deceased members “as against their religious practice and sentiments”.

“Since the guidelines do not recognise other methods of disposing bodies of deceased COVID-19 patients, authorities do not allow the Parsi community to follow their religious and customary mandate for last rites,” it had stated.

No guideline prohibits such religious customary practices, and it is the interpretation of the local authorities that is causing problems, resulting in violation of the fundamental rights of Parsis, the plea had stated.

Meanwhile, no new death due to COVID-19 was reported in Gujarat on Friday, while 36 more persons tested positive for the infection, taking the tally to 8,24,644, the state Health Department said.

With no death being registered during the day across the state, the toll remained unchanged at 10,076, said a release by the Health Department.

The tally of recoveries rose to 8,14,223 after 61 patients were discharged from hospitals during the day, said the release.

Following a constant drop in new infections, Gujarat now has only 345 active cases, of which 5 patients are on ventilators, the release said.

Till now, 3.10 crore doses of coronavirus vaccines have been administered in the state to the eligible population.

Of these, 3.55 lakh doses were given on Friday, the department said.

Six new coronavirus cases were reported in the adjoining Union Territory of Dadra and Nagar Haveli and Daman & Diu in the last 24 hours, said an official release.

One patient also recovered and was discharged from hospital during the day, it said.

Out of 10,602 people found positive for coronavirus in the Union Territory since the outbreak, four have died, 10,558 recovered while 40 are undergoing treatment, said the release.