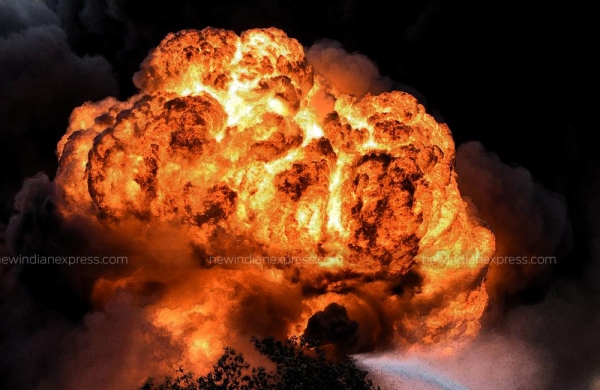 By PTI
AHMEDABAD: Four children and five others have succumbed to severe burn injuries they had suffered in an explosion and fire that was triggered by leakage of gas from an LPG cylinder in a room on the outskirts of Gujarat’s Ahmedabad city, a police official said on Saturday.

The incident had occurred on the night of July 20.

While eight victims – labourers and their family members – died in the last couple of days during treatment, another one succumbed on Saturday.

All of them were from Madhya Pradesh, he said.

“Leakage of gas from an LPG cylinder had triggered explosion and fire, in which 10 persons, including children and women, had suffered severe burn injuries.

The incident has claimed the lives of nine of them so far.

Three persons died during treatment on Thursday, five others succumbed on Friday and one more on Saturday morning, he said.

The labourers and their family members were sleeping in the small room when the gas from their cylinder started leaking.

When their neighbour knocked on their door to alert them about it, one of the labourers got up and switched on the light, which triggered a spark and led to the explosion due to concentration of gas, another police official said.

The 10 injured persons included the neighbour who had come to alert them, and all of them were rushed to the civil hospital for treatment, he said.

“One injured person,identified as Kulsinh Bhairwa (30), is undergoing treatment and his condition is said to be critical,” Jadeja said, adding that he hails from Kudgaon in Karauli in Rajasthan, he said.

Jadeja said that the bodies of the deceased were being sent to their native village in Madhya Pradesh.