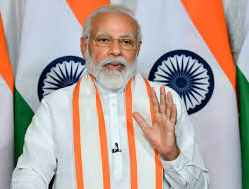 Rajasthan chief minister Ashok Gehlot wrote to Prime Minister Narendra Modi on Monday over “hurdles in the payment of Goods and Services (GST) compensation to the states”.

Drawing the PM’s attention to the suggestion by Centre in the GST Council meeting on August 27, Gehlot wrote that the Central government’s position that the shortfall is to be paid from the Compensation Fund and was not Government of India’s obligation was against the letter and spirit of the constitutional amendment by which the states gave up their constitutional right to levy certain taxes.

“The management of the Indian economy is the responsibility of the Central Government and as it benefits from the upside, it is also expected to accept full responsibility for the shortfall in GST collections due to the downside of the economic cycle,” Gehlot wrote in the letter according to a statement from his office.

“Government of India is only recognizing GST loss by assuming a 10% growth over the previous year and attributing the rest to the Covid-19 pandemic. This is arbitrary, takes only the interest of the Central Government into account and has no legal justification. It must be noted that GST revenues were growing at about 4% in 2019-20, which was the pre-Covid year, GDP growth in the last financial year was 4.2%. Therefore, applying a rate of 10% growth to project a higher revenue loss due to Covid is statistically untenable and factually unsound,” the letter said.

It is the obligation of the Central Government to ensure that the States receive, without liability, the full amount of compensation, notwithstanding the shortfall in the collection of cess and that the compensation can neither be increased nor decreased without amending this Act,” he wrote.

Emphasizing that the quantum of compensation to be paid to the states was not an executive decision of the Central Government or the Council but a legal obligation, Gehlot said the former Union finance minister Arun Jaitley had stated that the GST Council could consider raising additional resources including through borrowing but it was never the understanding that the states would borrow this additional amount.

Huge and grand temple of Sant Ravidas worth 100 crores will be built at Badtuma near Sagar at a : CM Shri Chouhan