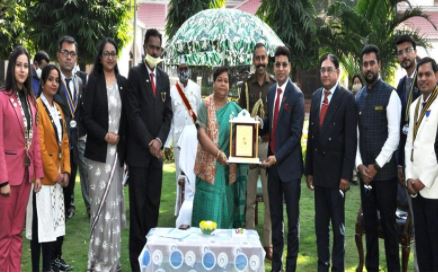 Time is very important in life. One who works punctually in his routine must succeed. If a goal is to be achieved, then make a time table in the day and complete your work at a certain time. Such qualities come from a sense of discipline in a person’s life. Institutions like JCI India develop a sense of leadership and discipline among the youth. The entire personality develops in such institutions. Governor Anusuiya Uike said these things during the meeting with the delegation of JCI Super Chapter Raipur at Raj Bhavan. The governor said that she herself was associated with some such institutions. Due to this, the spirit of social service was awakened and an opportunity was given to take up important responsibilities like governor. Answering the question of a young member of JCI, the Governor said that during this Corona period, provide guidance to your children or youth to work technically in tribal areas. The Governor was met by the Junior Chamber International with members and newly elected officials. The Governor wishes him for his new responsibilities.