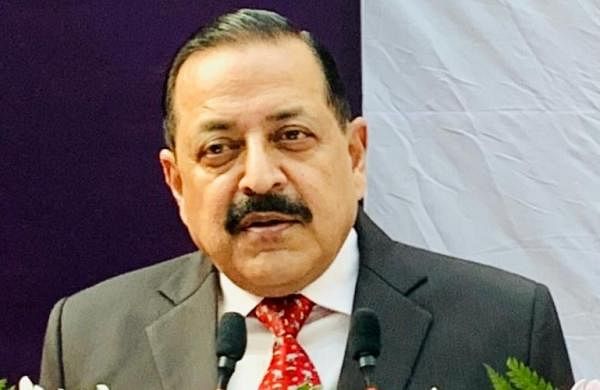 JAMMU: Union Minister Jitendra Singh on Sunday said grassroots democracy has been strengthened in Jammu and Kashmir since holding of the District Development Council (DDC) elections, overdue for decades, was given top priority.

A big change in terms of inclusive development was now evident at the ground level that reiterates the government’s mantra of ‘Sabka Saath, Sabka Vikas, Sabka Vishwas, Sabka Prayas’ and in the principle of justice for all, appeasement to none’, he said.

Elections to 280 DDC seats, 14 in each of the 20 districts, were held in eight phases in Jammu and Kashmir from November 28 to December 19 last year.

This was proof of the importance that the Narendra Modi government gave to strengthening the pillars of grassroots democracy in the Union Territory, Singh said at a convention on ‘Good Governance Week’ organised by the Kathua district administration.

He said a new political culture has been set in the country that is based on “equality for all” without discrimination of any kind.

With this new political culture, all constitutional values and principles are being followed at every level, especially in governance, the Union minister said.

He said Prime Minister Modi took a personal interest in Shahpur Kandi Dam Project and it is only with his intervention that the work on this project resumed after 45 years.

Asserting that India has “more than 70 per cent of the youth population of the world”, Singh said their dynamism and exuberance is required for making of the ‘New India’ in governance and civil services.

The prime minister has emphasised that development should not be restricted to a few places.

It should be taken to far-flung areas where the development was earlier only talked about but never done, he said.

Singh said the Shahpur-Kandi project, north India’s first cable-stayed bridge Atal Setu, Jammu and Kashmir’s first interstate bridge at Keerian-Gandyal, the new national highway from Lakhanpur-Bani-Basohli-Doda via Chattargala Tunnel, centrally funded Government Medical College, engineering colleges among others have placed Kathua as one of the most enviable districts of India.

On the occasion, he also virtually laid the foundation of a 100-bed girls hostel under RMSA to be built at Government High School, Basoli, development projects under the Pradhan Mantri Gram Sadak Yojana, long vented causeways at Stoora and Badala and span type steel bridges at Mashka and Ghatti.

He also distributed cheques to the beneficiaries under the Ladli Beti Scheme and State Marriage Assistance Scheme.