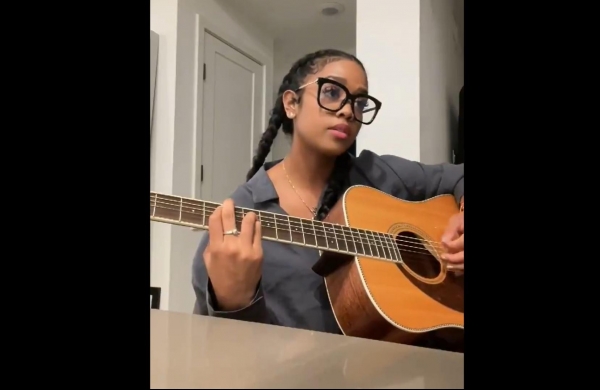 By ANI
WASHINGTON: Grammy-winning singer H.E.R. will join the star-studded performer lineup for the 2021 CMT Awards.

As per Variety, apart from H.E.R., singer Ingrid Andress will also join the lineup, while Anthony Mackie, Busy Philipps, Iliza Shlesinger and Michael Strahan have been added as presenters, the network announced on Monday.

The two artists will duet with previously announced performers: Fast-rising R&B star H.E.R. will continue her musical expansion by singing with Chris Stapleton (with whom she recently recorded), while Andress will share the stage for the first time with pop singer JP Saxe. Likewise, Lindsay Ell has been added to perform with Lady A and Carly Pearce.

Dylan Scott, Hailey Whitters, Lainey Wilson, Niko Moon and Tenille Arts will perform live from the Ram Trucks Side Stage. Maren Morris and Gabby Barnett are no longer performing on the show.

Maren Morris and Miranda Lambert lead the nominations with four each. Picking up three nominations in a recent announcement were Brown and Ballerini, along with Guyton and Little Big Town.

Morgan Wallen, whose blockbuster album is No. 2 on the all-genre chart at the moment, was declared ineligible for the awards as nominations were announced recently.

“After removing Morgan Wallen from our platforms earlier this year, his videos were deemed ineligible for the 2021 CMT Music Awards,” CMT said in a statement.

Wallen was deemed ineligible after the video of him using a racial slur surfaced online earlier this year. (ANI)