Govt’s endeavour is to bring down defence imports by USD 2 billion by next year: Rajnath Singh 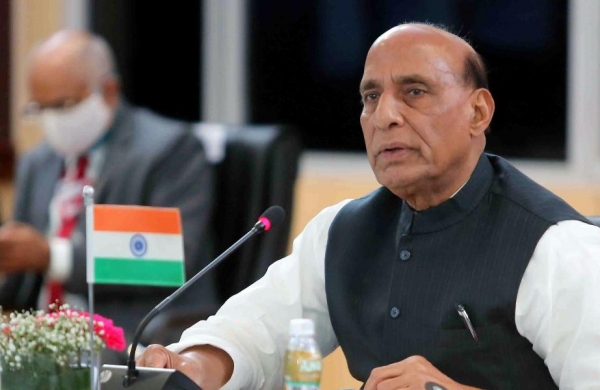 By PTI
BENGALURU: Defence Minister Rajnath Singh on Friday said with an aim of encouraging the manufacture of defence related items in the country, the government’s endeavour is also to bring down its defence imports by at least USD two billion by 2022.

Speaking at the Aero India-2021 here, he also said the aerospace sector has an important role to play, if India has to reach its targets of domestic defence production of USD 25 billion and exports of USD five billion by 2025.

“With an aim of encouraging the manufacture of defence related items in India, our endeavour will remain to bring down defence imports by at least USD two billion by 2022.

Between 2016 and 2019, as many as 138 proposals worth over USD 37 billion for domestic manufacturing have been approved,” Singh said.

The order for 83 LCA MK 1A worth over Rs 48,000 crore that has been given by the government will give a big boost to domestic manufacturing and especially to the aviation industry, he said, adding it would spawn new and resilient supply chains.

“The negative list of 101 items for import also means to provide opportunities for the domestic manufacturing sector to strengthen their base and contribute to Aatma Nirbhar Bharat,” he added.

Singh said this was the 13th edition of Aero India and the event has evolved over a period of time to become one of the world’s premium aero shows.

Strategic ties had been forged that are poised to transform the defence and aerospace manufacturing in the country.

Further, 45 MSMEs participating in Aero India 21 have already bagged orders worth Rs 203 crore. This is a major achievement,” he said.

Noting that the fountainhead of any capability emerges from the robustness of its foundation, the Defence Minister said the country’s foundation of vision rested on three pillars of Research and Development, Public and Private Defence Production and Defence Exports.

Initiatives have been taken to encourage and facilitate private sector research and development initiatives, he said.

Speaking about Defence corridors in Uttar Pradesh and Tamil Nadu, Singh said, as part of this initiative Rs 3,700 crore and Rs 3,100 crore have already been pledged by the public and private industries.

Further the plan entails USD three billion investment in the corridors to improve the investment climate and facility, he said.

“We realise, appreciate and understand that in a highly specialised and technology driven environment, a collaborative, cooperative and collective approach to defence production and exports is the way forward.” A large number of initiatives have been taken to invite and facilitate the partnership of major companies from across the world and to become a part of Indias defence industrial initiative, he said, adding it was with this objective that FDI cap in the sector was raised to 74 per cent from 49 per cent in August last year.

A robust domestic manufacturing base relates directly to the potential for defence exports.

“We plan to move from a USD 11 billion defence base to USD 25 billion by 2025. Of this, we further intend to create an export component of USD five billion,” the Minister said.

It was also important to note that a vast majority of our defence exports are being spearheaded by the private sector, he said.

Singh also said the Indian aerospace industry, both military and civil, stands uniquely poised today, on the threshold of catapulting itself into the global arena, adding that the aero components sector is set to grow from Rs.30,000 crores today to Rs 60,000 crores by 2024.