Govt went back on its decision to release Mirwaiz Umar Farooq: Hurriyat Conference 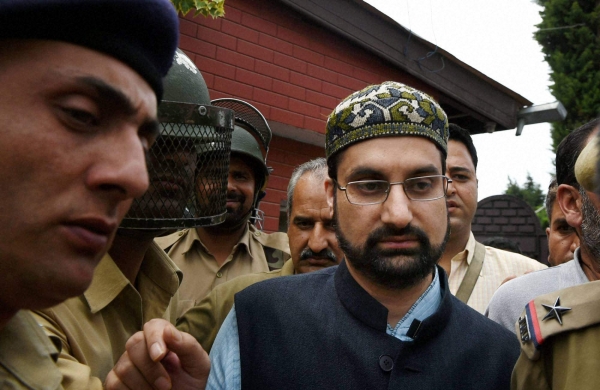 By PTI
SRINAGAR: The moderate Hurriyat Conference on Friday claimed that the Jammu and Kashmir authorities have gone back on their decision to release its chairman Mirwaiz Umar Farooq from preventive custody.

On Thursday, a close aide of Farooq had claimed that curbs on the movement of the Mirwaiz had been lifted.

The administration, however, neither confirmed nor denied it.

“Hurriyat Conference expresses strong resentment and regret that after announcing the release of it’s chairman and Mirwaiz-e-Kashmir Umar Farooq from a 20-month-long house detention since August 2019, government authorities went back on their decision,” a Hurriyat spokesperson said on Friday.

The spokesperson claimed that police officials visited the Mirwaiz at his residence late Thursday night to convey that he continues to be under house arrest and will not be allowed to go to the Jamia Masjid for Friday prayers.

“Since early morning, additional forces have been deployed outside his house,” he alleged.

The spokesperson said the Hurriyat strongly condemned this flip-flop.

“Recently in Parliament, the minister of state for home affairs had categorically stated that no one in Jammu & Kashmir is under house arrest.

If that is so, then why does the Mirwaiz continue to be detained,” he asked.

The spokesperson, however, appealed to people to not lose hope and in no way resort to any form of violent protest.

The Mirwaiz, who is also the chief priest of Kashmir, was among hundreds of political leaders — both separatist and mainstream — who were taken into custody or placed under house arrest as the Centre revoked Jammu and Kashmir’s special status under Article 370 of the Constitution 19 months ago.

While most leaders were released by March last year, some including the Mirwaiz continued to be under detention.