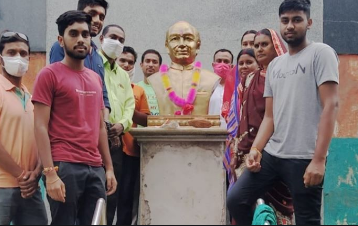 Governor Ms. Anusuiya Uike has saluted him on the birth anniversary of freedom fighter fighter Pandit Narayan Rao Ji Meghawale. The Governor has said that Pandit Meghawale participated in the Swadeshi movement and played an important role in the national awakening. He also contributed significantly to the Jungle Satyagraha. He will always be remembered for the work done for social and national unity.