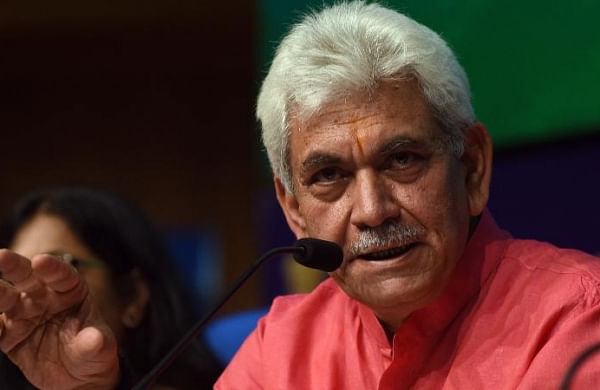 SRINAGAR: In a bid to encourage filmmakers to shoot movies in the picturesque Jammu and Kashmir, the administration has launched J&K Film Policy 2021.

The policy was launched by Lt Governor Manoj Sinha in the presence of actor Amir Khan and filmmaker Rajkumar Hirani at Sheri Kashmir International Convention Centre (SKICC), on Thursday evening.

The government has set up a single-window clearance mechanism, prepared equipment, location and talent directories. Besides, it is also offering a host of incentives for filmmakers coming to J&K. The new policy aims at maximizing the potential of promising local talent and  creating livelihood opportunities for many.

“To meet the need of film shooting, we have a manpower of more than 1500 such trained artists which will also provide an opportunity to the local talents to show their skills. Besides, there are hundreds of unexplored places, which have been left unattended by filmmakers and we are developing those potential places with the requisite facilities and team of the best local artists. The new film policy will also give a fillip to the film tourism sector, thus opening up more employment avenues for the locals,” said Lt Governor.

Stating that new Film Policy will transform J&K and revive its halcyon days of being a cinematographer’s delight, Sinha invited filmmakers from across the world to come to J&K and explore the pristine beauty of Jammu and Kashmir.

The J&K Film Policy has been drafted after consultations with experts and in-depth study of progressive film policies of other States/UTs and abroad.

“Suggestions of renowned names of the Indian Film Industry have also been incorporated while formulating the policy. The facility which one gets at other locations in Europe or America, we are committed to providing the same at the locations in J&K,” Sinha said.

The LG asserted that there is no concern from the security point of view.

The government will be installing signage boards with some interesting information related to the film for the attraction of the tourists.