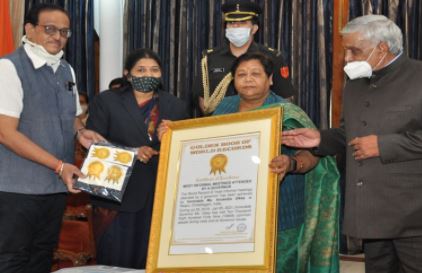 The Governor said that whenever she meets a person, she has a thought in mind what she can do for him. How can I solve his problems? The governor said that he did any work in life or helped anyone without any expectation. If any person in life helps someone without any expectation, then the satisfaction he gets, is not found in any other work. They also get the greatest merit from such works.