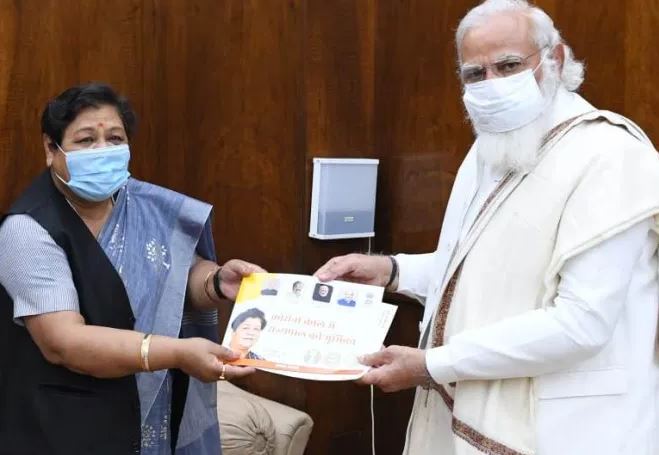 The Governor told the Prime Minister that the entire world including India has been affected by the corona virus infection in the year 2020, due to which all areas were affected. The joy of all this is that infection is under control in our country and under your leadership the vaccine has been made by the scientists of our country. Also, vaccination has started in the whole country. Ms. Uyke said that far-reaching decisions were taken by you in the Corona era, as well as the Corona Warriors were encouraged from time to time. Due to this, the whole country united and faced this crisis.

The Governor told the Prime Minister that I directed the officers of the state as per the call and instructions given by you from time to time and also tried to make the citizens aware through newspapers, electronic media and social media. The Governor also wished Prime Minister Shri Modi to be healthy, prosperous and longevity.