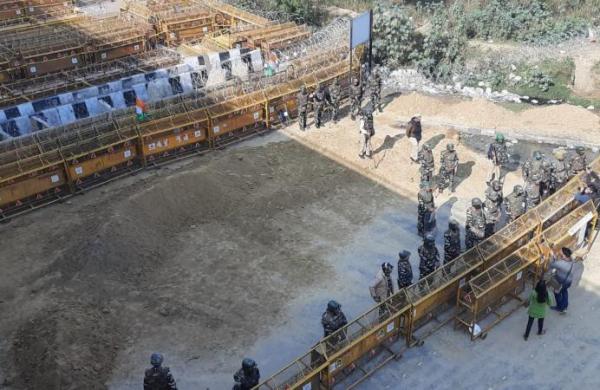 By ANI
NEW DELHI: Kisan Andolan Committee (KAC) leader Jagtar Singh Bajwa on Saturday said the ‘Chakka Jaam’ will be peaceful, and it is government’s responsibility to ensure that no anti-social elements create violence.

“Our entire protest so far has been peaceful. The whole farmer fraternity wants to peacefully organise ‘Chakka Jaam’. But the government has to ensure, with the help of its agencies and security forces to prevent rowdy elements are conspiring to create violence, it should be prevented.”

“We will organise ‘Chakka Jaam’ everywhere in the country barring Uttar Pradesh and Uttarakhand as Tikait announced last evening. We will register our protest against farm laws in front of authorities in these two states by submitting the memorandum,” he added.

He further said that people from protest camps have gone back to their villages to ensure peace during ‘Chakka Jaam’ in their regions.

Around 50,000 personnel of Delhi Police, Paramilitary and Reserve Forces have been deployed in the Delhi-NCR region to maintain law and order. At least 12 metro stations have also been put on alert. Heavy deployment of police personnel was also seen at the Red Fort.

Farmer unions on Monday announced a countrywide ‘Chakka Jaam’ on February 6 from 12 pm to 3 pm.