Government will provide all possible help to the forest based industry in the state: Chief Minister Mr. Bhupesh Baghel 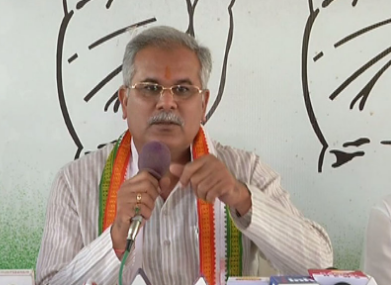 The Chief Minister said that 44 percent of Chhattisgarh’s state is forest covered. There is an immense potential for horticultural production with the availability of abundant medicinal and minor forest produce here. He said that the establishment of industrial units related to forest produce and horticulture produce will boost the economic development of the state and open new doors of employment for the people of Vananchal.

Chief Minister Mr. Bhupesh Baghel said that the government is making efforts to improve the economic condition of the people of Vananchal and to connect them with employment. In this direction, the Community Forest Resource Charter letter is being handed over to the local community in the forest areas. He said that recently the people of 1300 Vananchal villages in the state have been given the right to consume more than 5 lakh hectares of forest land by the state government. He also said that we have encouraged planting of fruitful plants instead of timber plants, changing the old policy of plantation rains in forest areas. This year more than 86 lakh forest plants and fruit plants have been planted in the forest areas, so that the local people can benefit from it. The Chief Minister said that its objective is to protect the forests with the participation of the local people and to connect the people of Vananchal with livelihood activities.