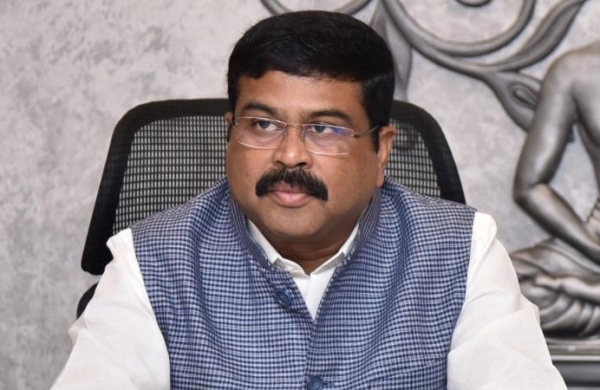 He said the heap of waste at Ghazipur will also be cleaned soon to create energy.

“We have started the Gobar Dhan scheme. Cow dung, agriculture waste, city waste, forest waste, the carbon in biomass, everything will be converted into energy.

In a few days, the heap of waste at Ghazipur will be cleaned up. The energy that we will make from that we are going to give additional income of Rs 1 lakh crore in the accounts of farmers.

Income of farmers will double from that,” Pradhan said while speaking during a discussion on Motion of Thanks to the President’s address.

He said the government has come up with a scheme to procure ethanol worth Rs 20,000 crore which will help increase farmer’s income.

In the coming days we will take it to 20 per cent,” Pradhan said.

Attacking the Congress for not bringing a law on minimum support price (MSP) of crops despite being in power for long and yet questioning the present government on this issue, he asserted that the Modi government after coming to power in 2014 has substantially increased the procurement of foodgrains at MSP.

A legal backing for MSP is one of the demands (besides repeal of the new farm laws) of the farmers protesting at various borders of the national capital for over two months now.

Eleven rounds of talks between the Centre and farmers’ unions have failed to break the deadlock, though the government has offered concessions including suspension of the farm laws for 18 months.

“Why MSP law was never brought in the past? Your four generations had got opportunity to rule the country.

In many states you ruled thinking it was your estate. When did you get a law on MSP?” Pradhan asked the Congress.

According to Pradhan, MSP payment made to paddy growers under the Modi government has increased to Rs 1.72 lakh crore this year, from Rs 63,000 crore during previous regime in 2013-14, he said.

Noting that the government has also implemented the Swaminathan report on MSP at 1.5 times of the cost of production, Pradhan asked BJD leader Prasanna Acharya to comment on the issue after reading the report properly.

Referring to initiatives taken to achieve the target of doubling farmers’ income, the minister said the effort to increase ethanol blending, compressed biogas programmes among others will ensure additional income to farmers.

The Opposition Congress cannot appreciate such government efforts as it has never done except for hailing its dynasty, he said.

“Those born with a golden spoon cannot digest when a tea-seller, son of a woman cleaning utensils in other houses for livelihood, takes reins of the government.

Yes, such people get affected and therefore talk against the government. But the public is watching them,” he added.

Highlighting measures taken by the government for all sections of the society, Pradhan said Prime Minister Narendra Modi as a leader is “decisive” and implements programmes that have been promised.

“Our PM is not a leader who runs away hiding his face. He is a leader who faces challenges head on by taking the entire country together. Therefore, we have been able to defeat COVID,” he said and shared how Kuwait’s new king appreciated India for sending doctors and medical help for coronavirus patients.