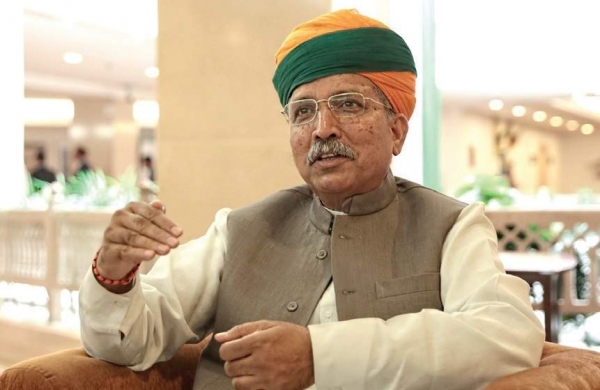 By ANI
NEW DELHI: Terming the Opposition parties’ boycott of President Ram Nath Kovind’s address to the joint sitting of two houses of Parliament on the first day of Budget Session as “unfortunate”, Minister of State (MoS) for Parliamentary Affairs Arjun Ram Meghwal on Friday appealed to the leaders of opposition parties to attend the address.

“President’s address to Parliament is a non-political thing. The opposition should attend it. It is unfortunate that they have decided to boycott it,” Meghwal told ANI.

Meanwhile, Giriraj Singh, Union Minister and Bharatiya Janata Party (BJP) MP from Bihar’s Begusarai said that the Opposition is shredding the dignity of democracy by not attending the President’s address.

“They are shredding the dignity of democracy. In the Parliamentary system, President has his own dignity and boycotting his address is insulting him,” Singh said on being asked about Opposition parties announcing their boycott of the President’s address at Parliament.

Meanwhile, Union Home Minister Amit Shah has arrived at the Parliament to attend the Budget Session.

Apart from these 16 parties, BSP, AAP and SAD have also announced that they will also boycott the President’s address.

The Budget Session will begin today with an address by President Ram Nath Kovind to Parliament.