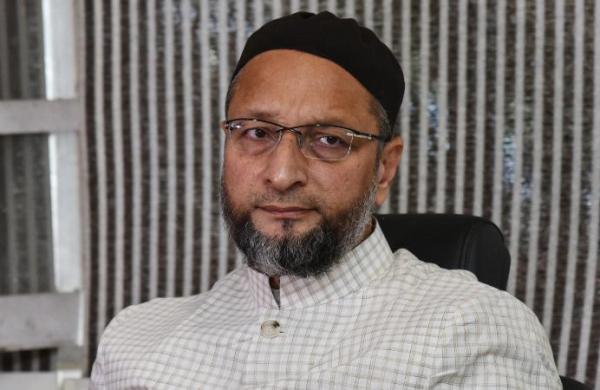 By PTI
AHMEDABAD: AIMIM chief Asaduddin Owaisi on Sunday attacked the Modi government saying that instead of fixing nails and digging the highway in Delhi to stop the protesting farmers, it should have done the same things in Ladakh to prevent the Chinese aggression.

He also urged Prime Minister Narendra Modi to listen to the ‘mann ki baat’ of the farmers, a reference to the PM’s monthly radio address by the same name.

“Had you fixed nails in Ladakh, then the Chinese forces would not have entered India. You did not fix nails in Ladakh, where 18 Indian Army personnel were killed. If you had 56-inch chest, you should have taught China a lesson,” he said while addressing a rally here.

Owaisi alleged that the three farm laws were against the Indian Constitution because agriculture was a state subject and the Centre had no right to make laws on a state subject.

He said that the farmers opposing the laws are branded as Khalistanis, Adivasi-Dalits become Naxals, and Muslims Jihadis.

“Where is the country headed? How much hatred will you spread? I am asking you a question standing on your sarzameen (home turf). Why did Chinese forces enter India in 2020? Because China knows that people of India are not united, they are accusing each other using Love jihad, corona jihad. The government is spreading hatred instead of uniting people,” he alleged.

The Hyderabad MP attacked the government over the rising fuel prices, and said, “A poor person’s vehicle does not run on air or Modi’s love, but on petrol and diesel.”

He also called the coronavirus-induced lockdown as unconstitutional and said that it caused 10 crore job losses in the informal sector.

“In Gujarat, people are being threatened in the name of GST; Hindus and Muslims are not allowed to sell property to each other without the intervention of collector inthe name of Disturbed Areas Act, and the state has a high number of stunted anaemic children and women…segregation index is the highest in Ahmedabad,” he said.

“Modi made riverfront in Ahmedabad to show it to the world, but did not ensure proper drinking water facilities in Muslim and Dalit localities, proper flyover that causdes traffic jam,” he said.

Owaisi also attacked the Congress saying that had the opposition party been good, it would have defeated the BJP.

The Congress remained mum when the government shut down schools, did not raise voice demanding drinking water and proper drainage facilities for the people, he alleged.

Owaisi’s party has fielded 21 candidates for the civic polls in Ahmedabad.