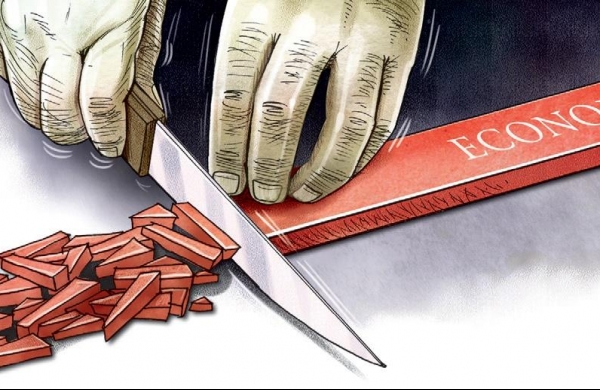 By PTI
NEW DELHI: The CPI on Friday hit out at the government for terming the economic crisis as an act of God, and said the policies of the government are squarely responsible for the situation and not the almighty.

Participating in a discussion on the motion of thanks on the President’s address, CPI member Binoy Viswam said the government’s much-touted Rs 20 lakh crore financial package was only a “gimmick” as only around Rs 2 lakh crore reached the people instead.

The CPI member did not support the motion of thanks on the President’s address.

He also urged the government to bring a national employment act on the MGNREGA model and said there should be an employment scheme for addressing the problem of unemployment among the youth of the country.

Viswam said the finance minister termed COVID-19 and the crisis in the economy as an act of God.

“How can it be an act of God,” he asked, noting that it is true that the country faced difficulty during the lockdown days, but the economy was on the downturn even before COVID-19.

He said from 8.2 per cent GDP to 3.1 per cent in March 2020 in the beginning of lockdown, means that under the BJP government the economy was in “shambles”.

“Don’t try to put that blame on God. I am not a believer in God, but I believe in the true believers of all religions. I am sure that God is not so cruel. God cannot be so cruel. So don’t put the blame on Gods. God was not the culprit, the culprit was government’s policies,” he said.

“So instead of taking the blame for its failures, the government was trying to say that it all happened because of the Gods which is not a good thing,” the CPI member said.

Viswam also said that private construction expenditure was 5.1 per cent in 2019-20 and it collapsed to 2.7 per cent in 2020 March and this figure has been the lowest since 2012.

On the Rs 20 lakh crore financial package announced by the finance minister, the CPI member held that this money did not reach the people of the country.

“In fact, it was a gimmick with figures and only Rs 2 lakh crore was disbursed at the maximum and the government is preaching everything that it has spent lakhs and lakhs for the poor to save their interests, which cannot be understood or accepted,” he said.

Viswam said corporate profits during COVID-19 rose to the level of 35 per cent and the money of 100 billionaires was enough to give to 138 million poor, but the government was not keen on that.