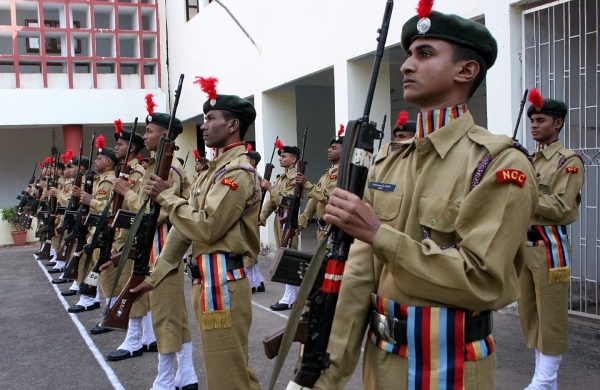 By PTI
NEW DELHI: The government on Wednesday said it is planning to bring a new scheme for setting up new Sainik Schools across the country in partnership with NGOs, private schools and state governments.

Minister of State for Defence Shripad Naik also said in Lok Sabha that the government has decided to admit girl cadets in all Sainik Schools from the academic session 2021-22.

At present 33 Sainik schools are operating in the country.

He said the proposal to set up new Sainik Schools in partnership with NGOs, private schools and state governments is aimed at providing schooling opportunities in “CBSE Plus” type of educational environment.

“The endeavour is to provide schooling opportunities in ‘CBSE Plus’ type of educational environment by involving desirous government/private schools/NGOs to partner in establishing/aligning their system with Sainik Schools ethos, value system and national pride,” Naik said in written reply to a question.

He said the schools are proposed to be affiliated to the Sainik Schools Society.

The aim of establishing the Sainik Schools was to prepare the students from an early age for their entry into the Indian armed forces.

Sainik Schools are established on receipt of specific requests from state governments.

Earlier, only boy cadets were allowed to enrol in Sainik Schools.

To a separate question, Naik said no formation or unit has been withdrawn from North-Eastern states during 2020-21.

“In view of the security situation in the North-East region, re-alignment of operational role of some Army units has been carried out,” he said.