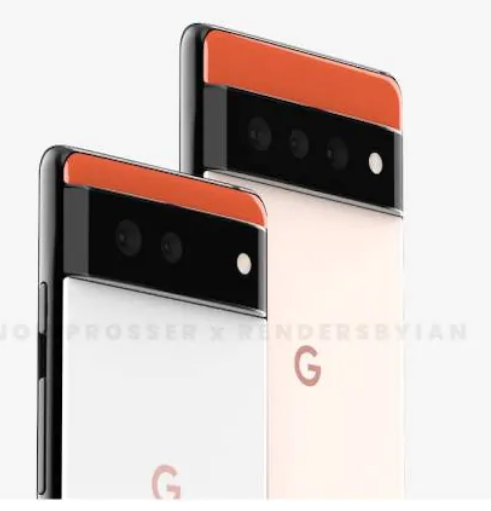 Google Pixel 6 design renders have leaked online. The upcoming Google flagship Android smartphone is getting a massive overhaul in terms of design. Google will launch two new smartphones under the Pixel 6 lineup.  These include the Pixel 6 and the Pixel 6 Pro.

Google is ditching the “XL” branding on its bigger Pixel and is instead calling it the Google Pixel 6 Pro. Tipster Jon Prosser has leaked the design renders of the upcoming Pixel devices. According to the leaked renders, both devices will have a massive camera bump that stretches across the back panel. The vanilla model will have two sensors, whereas the Pro model will have a triple-camera setup. Details about the camera sensors are currently unknown. However, we can expect the vanilla model to feature a main and ultrawide angle, whereas the Pro model will have an additional telephoto lens.

Leaked renders also suggest that the upcoming Pixel 6 series will be quite colourful. Prosser claims that two-thirds of the rear panel will have a white finish and the area above the black camera module will have an orange finish. There will also be other variants in champagne gold and a faded orange finishes.

On the front, the Pixel 6 and 6 Pro will have extremely thin bezels, according to Prosser. The devices will have a hole-punch camera cutout and also come with an in-display fingerprint scanner. Details about the display size and other specifications are currently unknown.