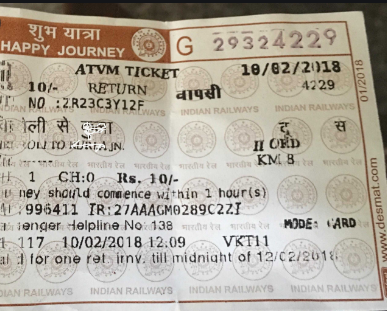 The purpose of issuing the second chart of ticket reservation half an hour before the departure of the train from the station is to close the booking online or through window ticket on the seats which remained vacant after the first reservation chart. This will benefit those people, who have already booked tickets in waiting. Due to these changes in the rules, tickets taken in waiting will get more time to be confirmed. This will increase the chances of waiting tickets being confirmed.

When the government decided to run special trains in the midst of the situation caused by the corona virus epidemic, then there was a temporary change in the rules for ticket reservation for these special trains. The railway had made a temporary decision to issue a second reservation chart two hours before the special train started from the station. This decision was taken by the Indian Railways on 11 May 2020.