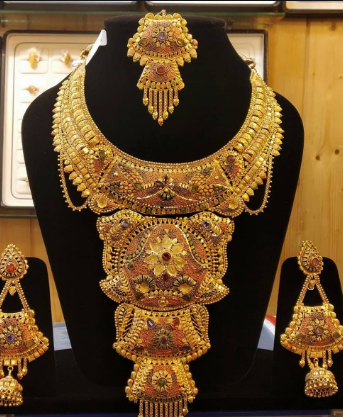 In this context, HDFC Securities Senior Analyst (Commodities) Tapan Patel said that the price of 24 carat gold in Delhi was higher by Rs 418 with international prices rising. Along with this, due to increase in rupee against dollar, yellow metal also became expensive.

In the global market, gold was at $ 1,988 an ounce and silver was trading marginally higher at $ 28.77 an ounce. Gold became expensive in the international market due to the fall in the dollar.

The rupee rose 73 paise against the US dollar due to the rise in domestic stock markets and the weakening of the US currency, forex traders said that the Reserve Bank of India announced various steps to ease the pressure on cash which gave a boost to the rupee. The rupee opened at 73.18 per dollar in the interbank foreign exchange market. But during the trading, the rupee gained momentum and finally it gained 73 paise to close at 72.87 per dollar. The rupee had closed at 73.60 per dollar in the previous trading session.

On Monday, the price of gold in the national capital rose by Rs 161 to Rs 52,638 per 10 grams. At the same time, the price of silver was also increased. It was increased by Rs 800 to Rs 68,095 per kg. In the international market, gold had reached $ 1,960 an ounce, while silver was trading at $ 27.80 an ounce. The rupee had lost 21 paise to close at 73.60 (temporary) per dollar on Monday due to the fall in domestic stock markets and the strengthening of the US currency.