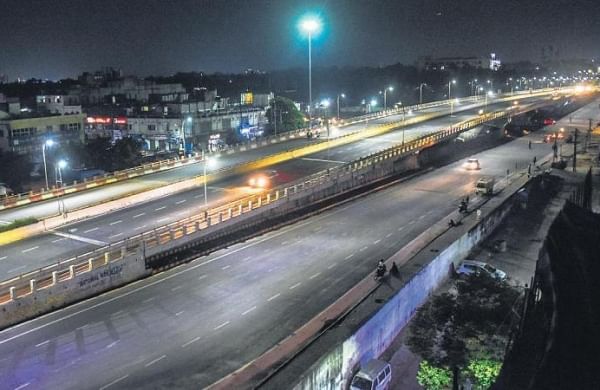 PANAJI: Goa on Monday reported 631 new COVID-19 cases with the positivity rate jumping by 16 per cent to 26.43 per cent, officials said.

With the new infections, the overall caseload in Goa mounted to 1,82,201 on Monday.

Goa has so far reported five cases of the Omicron variant, including four on Monday.

The positivity rate is the percentage of all coronavirus tests performed that are actually positive.

As cases surged, the state government has decided to close schools and colleges till January 26.

After chairing a meeting of Task Force earlier in the day, Chief Minister Pramod Sawant told reporters that the government would also impose night curfew in the state.

The COVID-19 death toll remained unchanged at 3,523 in Goa as no fresh fatality was reported on Monday, officials added.

The number of recoveries rose to 1,76,438 after 62 people were discharged during the day, leaving Goa with 2,240 active cases, an official said.

Earlier in the day, Goa Health Minister Vishwajit Rane said 66 of over 2,000 people on board the Cordelia cruise ship, which came to Goa from Mumbai, have tested positive for coronavirus.

Four more cases of the Omicron variant of coronavirus were reported in Goa, taking the tally of such cases to five so far, state Health Minister Vishwajit Rane said on Monday.

He said one of the four patients didn’t have any foreign travel history, which indicates “indigenous” spread.

This needs to be examined in detail, Rane said.

“Few samples that were sent to NIV Pune for genome sequencing have confirmed 4 more cases of Omicron in the state of Goa. 1 patient is from within the state of Goa, with no travel history, indicating indigenous spread which needs to be further examined,”Rane tweeted.

The first case of the Omicron variant was reported in the coastal state on December 28 when an eight-year-old boy from the United Kingdom (UK) had tested positive.

Goa had reported a 10.7 per cent COVID-19 positivity rate the day before.