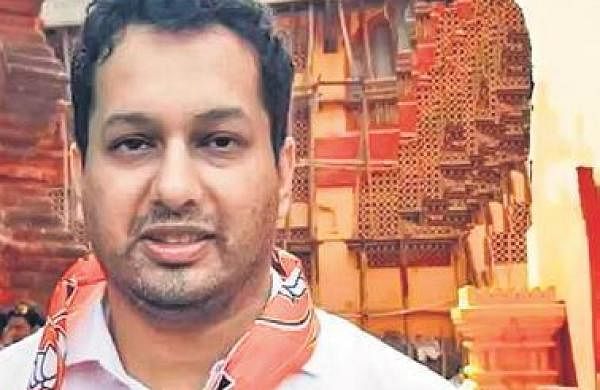 BELAGAVI: Even as the Bharatiya Janata Party (BJP) leadership is against fielding Utpal Parrikar, son of former Goa Chief Minister late Manohar Parrikar, from Panaji, Shiv Sena leader Sanjay Raut has given a call to all non-BJP parties to support Utpal’s candidature if he contests as an Independent to pay a fitting tribute to the former chief minister. “I propose all non-BJP parties, including Congress, Aam Aadmi Party, Trinamool Congress, and Goa Forward Party, to support his candidature and not field a candidate against him,” tweeted Raut.

Raut’s call for a united attempt by all parties for Utpal’s candidature must surely have put the BJP in an awkward situation at a time when it is making a desperate attempt to win the Panaji seat by fielding sitting party MLA Atanasio Monserrate, who had engineered the defection of 10 Congress MLAs to BJP in 2019.

In the 2017 Assembly polls, as a representative of Congress Monserrate had been able to win in Panaji, a BJP bastion since 1994. In the politics that unfolded in 2019 in Goa, Monserrate switched to BJP, herding nine other party legislators into BJP. In 2019 bypolls held after the demise of Manohar Parrikar, the BJP had sidelined Utpal to field Siddarth Kuncalienker, who eventually lost to Monserrate.

The BJP had reportedly denied ticket to Utpal claiming that he did not have a voter-connect in Panaji. And this time, the BJP is keen to field Monseratte by avoiding Utpal again. Recently, BJP’s Goa election in-charge Devendra Fadnavis had targeted Utpal saying, “Just because the aspirant is the son of former CM Parikkar or any leader, he will not qualify for a BJP ticket.’’

After Fadnavis’ statement, it has become clear that the BJP will not field Utpal but rally behind Monserrate to regain the lost seat. However, a section of BJP in Goa is said to be insisting that the party field Utpal and avoid having Monserrate as its candidate.

An upset Utpal also has objected to party’s plans to field Monserrate and said, “You (BJP) will give ticket to the person with criminal antecedent in the constituency represented by late Manohar Parikkar?’’

A section of non-BJP forces are keen to dent the prospects of BJP in Panaji by rallying behind Utpal ahead of the February 14 election. At a press conference in Panaji on Sunday, AAP chief Aravind Kejriwal had said he respected former Chief  Minister Parikkar and that if his son is willing to join AAP, he would be welcome. Now that AAP and Shiv Sena are in support of Utpal, it remains to be seen whether Congress and TMC would rally behind him.

According to sources, the BJP is expected to release its final list of candidates for most of the 40 seats on January 19. CM Pramod Sawant attended the party’s parliamentary committee meeting in New Delhi on Monday where the leadership held a marathon discussion on the candidates to be fielded in the state.