Global personalities reiterate their support to farmers despite Centre censure 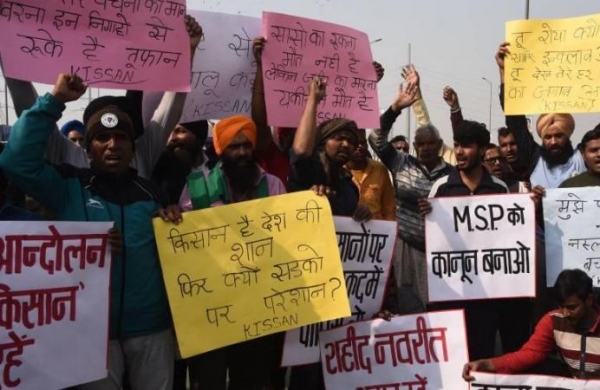 By Express News Service
NEW DELHI: Global personalities, US Vice-President Kamala Harris niece Meena Harris, refused to bow down to pressure and online trolls and reiterated their support to the farmers’ agitation in India. “I won’t be intimidated, and I won’t be silenced,” Meena tweeted.

After a photojournalist shared a photo of people from the United Hindu Front holding photographs of Harris before burning it at a demonstration in Delhi, Harris shared the tweet and wrote, “I spoke out in support of human rights for Indian farmers, and look at the response.”

Former adult star Mia Khalifa, who had tweeted about the protests earlier, also came out with a new message. “Confirming I have in fact regained consciousness, and would like to thank you for your concern, albeit unnecessary. Still standing with the farmers, though.”

This comes after there were pictures of demonstrators holding placards ‘Mia Khalifa regains consciousness’ at the same demonstration in Delhi. The international chorus grew after pop star Rihanna tweeted an article on internet suspension at the protest sites.

The Ministry of External Affairs had said, in its statement, that “vested interest groups have also tried to mobilise international support against the reformist (agriculture) legislation,” which was passed by “parliament of India after a full debate and discussion.”