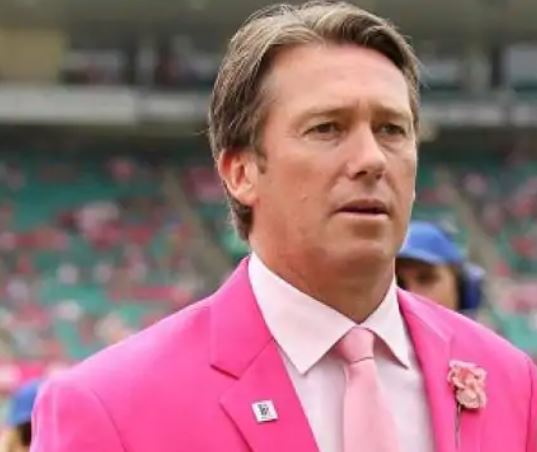 The Indian cricket team is on an Australian tour these days. India has to play three ODIs and T20 International series, followed by a four-match Test series between the two teams. Team India won the Test series on their last Australian tour and also became the first Asian team to do so. Former Australian fast bowler Glenn McGram believes Australia will have a better chance of winning this series and Mitchell Starc’s bowling could prove to be very important.

McGrath said, “Australia has an advantage against India this time and the biggest reason for this will be the lethal bowling of left-arm fast bowler Mitchell Starc. But India also have good fast bowlers and they will also get excited this time by winning the last series. McGrath said, ‘Umesh Yadav has the edge while Mohammed Shami has a good catch and he is able to swing the ball in both directions and Jasprit Bumrah has class. He is very strong mentally. Their third and second spell are just as dangerous as the first spell. You have players who will be a tough challenge when they are in form. ‘

He said, ‘On the other hand, the Australian team has the world’s number one bowler like Pat Cummins, who contributes 100 per cent. Apart from this, the Australian team has left-arm fast bowler Mitchell Starc. When it is his day, he can easily take four-five wickets. He has some special talent. The bowling of both the teams is excellent but if Australia has anything special, it is the stork bowling which leaves a strong impact.