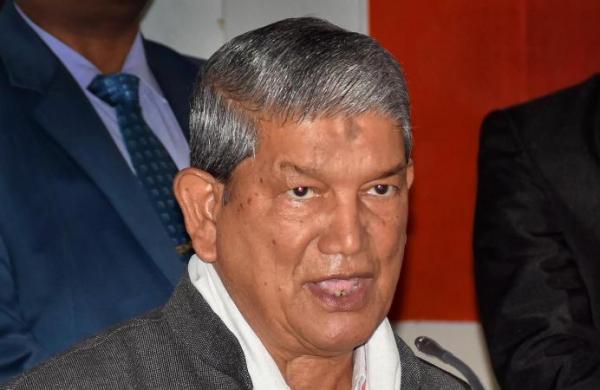 By PTI
CHANDIGARH: Congress general secretary and Punjab affairs in-charge Harish Rawat on Friday said the only way to end the ongoing farmers’ agitation is to repeal the three agri laws.

“The government must give up it’s adamant attitude and repeal these laws, which is the only solution to this ongoing agitation,” Rawat, who is former Uttarakhand Chief Minister, said.

Rawat said farmer leaders have condemned the violence that broke out in Delhi on Republic Day but what has happened after that is for everyone to see.

“An attempt is being made to put the entire blame on the farmers. We also saw the reaction of senior farmer leader Rakesh Tikait when Uttar Pradesh authorities had planned to evict farmers from Ghazipur border protest site,” he said.

“I believe if the government is thinking that this agitation will get weakened or that they can use various methods to crush it, then they are mistaken,” Rawat told PTI.

The Congress leader said it was the central government’s responsibility to ensure that no more violence takes place after some locals clashed with farmers at Singhu border earlier in the day.

“It is the government’s responsibility to check any kind of violence. If locals are coming to the protest site and there is possibility of any tension building up, is it not the responsibility of administration to make them understand before things go out of control,” he said.

“Everyone is seeing the attempts being made to bring a bad name to the farmers’ agitation, which has been going on peacefully,” he added.

Rawat said that government should show magnanimity and agree to the demands of farmers to repeal the laws.

“When farmers are saying they don’t want these laws, why are they being thrust upon them against their will. Farmers are producers, they are like mother who feeds its children. If mother is unhappy, the child can never be happy and healthy,” he said.

“Farmers should not feel defeated or frustrated, that will not be good for the country,” he added.

Replying to a question on Punjab Congress’ organisational structure, he said appointment of the office-bearers of the PPCC will be made soon.

The PPCC and all district committees in the state were dissolved last year, while Sunil Jakhar was retained as the state unit chief, to pave way for restructuring of the state body before the 2022 assembly polls.

Hailing Chief Minister Amarinder Singh as one of tallest leaders of the party, Rawat said, “His stature, seniority, experience, his knowledge are an asset when someone is at the helm in a sensitive border state like Punjab. We are proud that we have a chief minister of the capacity and calibre of Amarinder Singh.”

About senior Congress leader Navjot Singh Sidhu, considered the chief minister’s bete noire, Rawat said he is keen to ensure that the cricketer-turned-politician gets an important responsibility soon.

“I am in a hurry to settle this thing,” he said.

Asked if there is a possibility of Sidhu’s return to state cabinet, Rawat said, “We will soon crystallise things. I don’t think that we can keep a man like Sidhu, who has lot of potential, without any major responsibility. We have to make maximum use of him.”