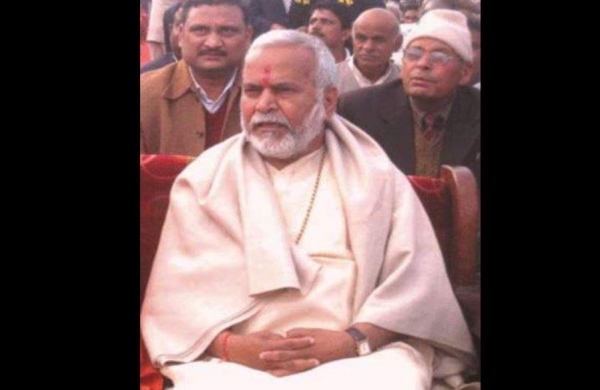 By PTI
SHAHJAHANPUR: A girl student of a college run by a trust of former union minister Swami Chinmayanand was found without clothes and severely burnt lying along a national highway in Shahjahanpur district in Uttar Pradesh, police said on Tuesday.

It was not immediately clear as to how the BA second-year student suffered burns and ended up on the roadside, the police said, adding she was not in a state to record her statement before a magistrate.

According to Superintendent of Police S Anand, the student has suffered 60 per cent burns and has been referred to a hospital in Lucknow for better treatment.

Director of Syama Prasad Mookerjee Civil Hospital in Lucknow S C Sundriyal told PTI Tuesday night that the condition of the girl seemed to be stable and that she was under observation round the clock.

The girl had gone to the college accompanied by her father on Monday.

As she did not come out after the classes, her father started looking for her.

He was later informed that she has been found lying along the Lucknow-Bareilly National Highway naked and with severe burns and that she was being taken to a hospital by the police.

The girl’s father said that he used to bring his daughter to the college once in a week or fortnight and used to wait outside till classes ended.

The police said villagers had covered the girl with a sheet and that there was no trace of her clothes.

The only thing the girl could recollect while talking to police personnel was that she was on the third floor of the college building.

The girl was given first-aid at a Shahjahanpur hospital and referred to King George’s Medical University (KGMU) hospital in Lucknow, but her attendants brought her to the SPM Civil Hospital around 3 am, director Sundriyal said.

“She is having almost 60 per cent burns on face, neck, ante part of both limbs, chest and abdomen. At present, there is swelling in the neck. Her condition seems to be stable at the moment.

“But, if the swelling in the neck increases, it will become a problem for us,” Sundriyal told a PTI correspondent who visited the state-run hospital in the state capital.

He said that the girl is under observation continuously and if her condition deteriorates, she would be referred to the KGMU hospital.

“As of now she is stable, but we cannot be certain what will be her condition later on as the ante (front) part of the neck is involved. And at present, we cannot say by which method she was burnt. She has been administered some medications to ease pain and some drowsiness is there,” Sundriyal said.

At the Civil Hospital, the 45-year-old father of the girl told PTI, “At around 10.00 am, we left home for the college.At 11.00 am, I dropped her at the college gate. When the college got over around 3.00 pm, and students were coming out, I could not spot her. Till 6.00 pm, I could not find her. After this, I got a call informing me about my daughter.”

Suspecting the role of one of her friends, he said that her friend told her to go from the other gate of the college, but she (her friend) did not take that gate.

“Whatever happened with my daughter, it is because of her friend,” he said.

The girl from a village in the Jalalabad police station area studies in Swami Shukdevanand Postgraduate College, run by Mumukshu Ashram of Chinmayanand.

The Mumukshu Ashram was in the centre of a controversy in 2019 after a female student of a law college run by it accused Chinmayanand of sexual assault.

However, the student later withdrew her charges against Chinmayanand, who was arrested in the case in September 2019 and released on bail nearly five months later.

In a separate incident in Shahjahanpur district, the body of a five-year-old girl was recovered and her seven-year-old cousin sister was found injured in the Kanth police station area.

They had been missing since Monday evening after they had gone to a tubewell outside the village for taking bath, Anand said.

As their family members and other villagers searched for them, the body of one of them was found in an agricultural field outside the village, while the other was found lying injured in neighbouring Fazilpur village, the SP added.