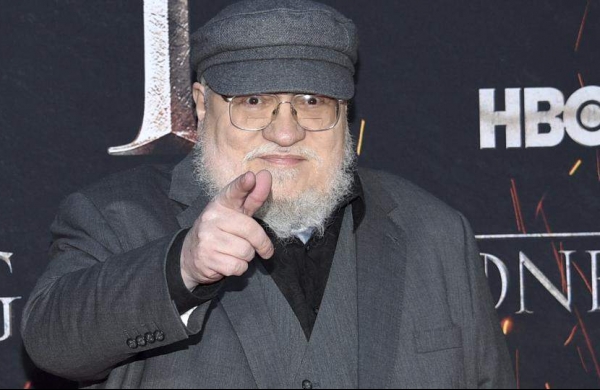 By PTI
LOS ANGELES: The TV adaptation of George RR Martin’s “Wild Card” book series has shifted its base from Hulu to NBCUniversal’s streaming service Peacock.

The project was set up at Hulu in 2018 with the streamer planning to adapt the books, edited by Martin, into multiple shows.

According to Variety, Andrew Miller, who had been attached to write and executive produce the project at Hulu, is no longer involved.

A search for new writer is currently on for the show, which remains in the development stage.

Set in the present, the “Wild Cards” book series explores the aftermath of an alien virus released over Manhattan in 1946 that killed 90 per cent of those it infected.

In the survivors, DNA was altered, creating grotesque physical deformities, except for a tiny percentage who develop superhuman powers instead.

Called the Wild Card virus, it has passed down through generations and can go undetected until suddenly activated by a traumatic event, at which point the carrier is either killed, mutated or granted god-like powers effects that are largely a manifestation of the victim’s emotional state, making them vulnerable to reverence or ridicule on a deeply personal level.

Martin, Melinda Snodgrass and Vince Gerardis, who co-edited the books with the author, will executive produce.

Martin is best known for writing the “Song of Ice and Fire” novels, which served as the basis for HBO’s “Game of Thrones”, which concluded with eighth season in 2019.