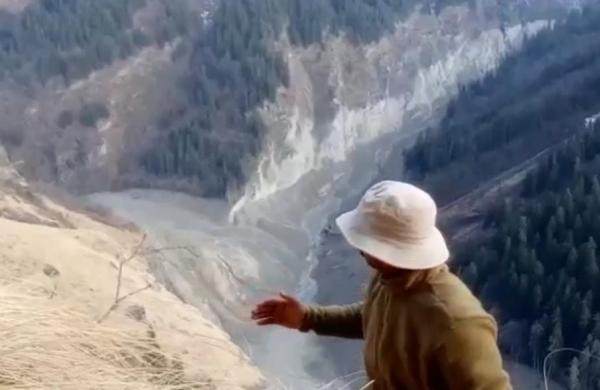 Express News Service
TAPOVAN: Lake formation has occurred in Rishi Ganga river situated around 8 kms from Raini village which was the epicentre of the recent flash floods, a geologist claimed in a video that surfaced on Thursday.

Geologist Naresh Rana of the Hemvanti Nandan Bahuguna Garhwal University, Srinagar added that this development can hamper rescue efforts and hurt those involved in the rescue operations.

In the video he explained that “the flood created a temporary damming which blocked the Rishi Ganga from forming the lake.”

A slight breach to this temporary situation can unleash havoc to those downstream, he added.

“This can hamper the rescue efforts and it can hurt people who are involved in rescue operations. I am going to inform the administration so that they can conduct and aerial survey so that the correct size of the lake is determined,” says Rana.

The officials have also brought to light reports of a lake formation in Rishi Ganga river.

“A meeting has was held in this regard in Delhi. We will act as per the instructions of the higher authorities in this regard,” said Ravinath Raman, commissioner of the Garhwal division of Uttarakhand.

Navin Juyal, another geologist who was with Rana during his visit said, “We have informed the authorities about the lake.”

Officials said that scientists and experts from across Uttarakhand and other parts of the country are investigating the reasons behind the calamity which has engulfed hundreds of lives.

“We have scientists, experts, geologists, glaciologists working to determine the cause of the floods. We will soon know what happened to cause this unfortunate event,” added the commissioner.