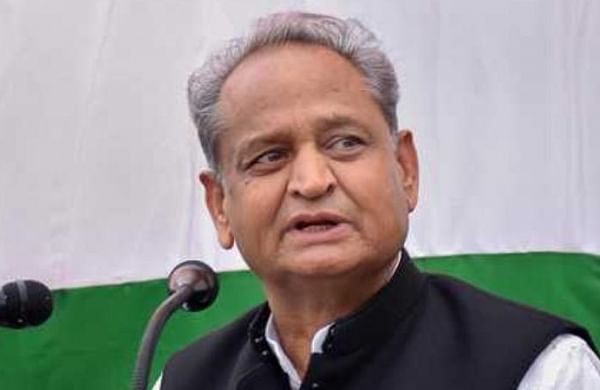 JAIPUR: The list of new ministers of the Gehlot government has been announced. After a long struggle, the Gehlot cabinet is all set for expansion today.

According to the list released by the Congress party, a total of 15 ministers will take oath today.  Of these, 11 will be sworn in as Cabinet Minister and 4 as Ministers of State.

Five of the new ministers will be from the Sachin Pilot faction.  The list of newly appointed ministers was released late on Saturday night. Three existing ministers of state will be promoted as Cabinet Ministers. It is expected that after the expansion of the cabinet, the one-and-a-half year political crisis between Gehlot and Pilot camp will come to an end.

During the political crisis, 13 independent MLAs had supported the Gehlot government and they were expecting to get a place in the cabinet. However, their hopes have been crushed. Out of the six MLAs who joined Congress from BSP, one person has entered the Gehlot cabinet with Rajendra Singh Gudha being made Minister of State.

The swearing-in ceremony will take place on Sunday at 4 pm in Raj Bhavan. All the ministers have been called to the state Congress headquarters at 2 pm on Sunday and from there, they all will go to the Raj Bhavan.

In the meeting of the Council of Ministers held at the CM residence on Saturday evening, resignations were taken from all the ministers.  The resignations of only 3 ministers who have been removed have been accepted. In the first phase, only these three ministers will be dropped.

It is believed that there will be a huge reshuffle in the portfolios of the ministers. Except for a few of them, the portfolios of most of Cabinet members will be changed. The new portfolios have also been decided at by the Congress High Command and the decision will be disclosed after the swearing-in ceremony.