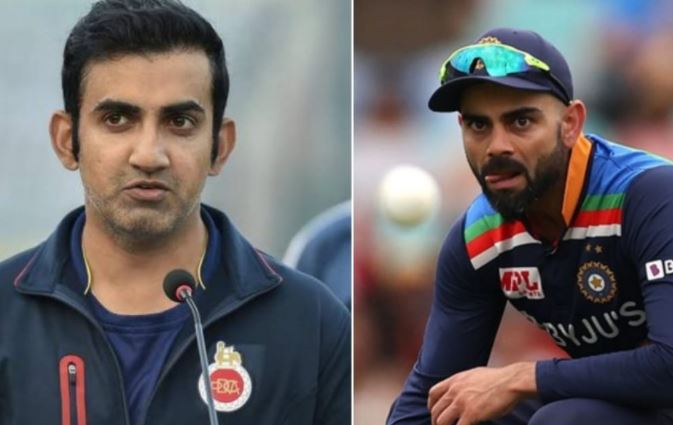 Former India opener Gautam Gambhir has questioned the lack of use of fast bowler Jasprit Bumrah, criticizing Team India captain Virat Kohli after two consecutive matches in the ODI series against Australia. In the second match of the current series against Australia, Bumrah on Sunday gave just seven runs in his first spell, putting the second and fourth over. After this, he was given only one more over in the first power play. Bumrah put the ninth over of the innings. Gambhir said that it is beyond his understanding why Bumrah was given only two overs with the new ball.

Gambhir said at a Cricinfo event after the match on Sunday, “To be honest, I did not understand the captaincy of Virat. We are constantly talking about that we have to take more and more wickets and we need to bat in Australia.” The line-up has to be cut, but Virat is getting two overs from his important bowler Bumrah with the new ball. Usually in ODIs there are spells of 4-3-3 overs and a bowler is allowed four overs in a maximum of one spell. “

He said, “If you stop your leading fast bowler by bowling two overs with a new ball, then it is difficult for me to understand this captaincy.” This is not T20 cricket. India lost, because there was poor captaincy. “Questioning the team selection, Gambhir said,” He could have included either Washington Sundar or Shivam Dubey in the ODI. It shows how they perform in ODIs. If both of them are not in Australia, then it shows a decrease in team selection from somewhere.

Unless we give someone a chance, how will we find out how much better he is at the international level? Captured the series of matches. Australia won the match by 66 runs by scoring 374 runs in the first match.