Gariaband: The identified areas of Rajim, Chhaura and Devbhog blocks are declared as zone of contention. 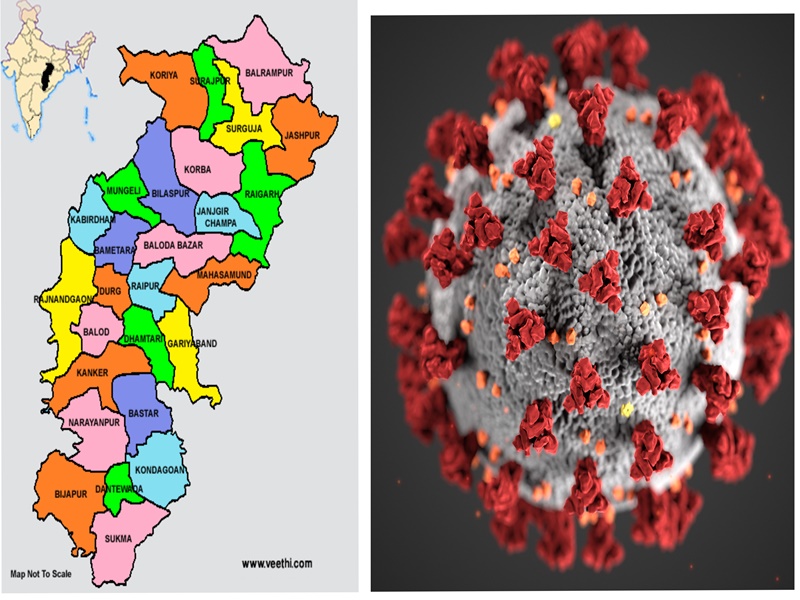 Ward number 3 of Nagar Panchayat Rajim of the district, ward number 4 of Nagar Panchayat Chura and village Beltukari under Rajim tehsil, one each in Dhuma and ward numbers 2, 3, 4, 6, 13 and 16 of village Kirwai in total 7 corona After getting positive patients, the boundary zone of the concerned area has been declared. Similarly, after finding one corona positive patient each in village Sonamundi, Puranpani and village Mudagaon of Devbhog tehsil, the concerned chowhadi has been declared a container zone by Collector and District Magistrate Shri Chhatar Singh Dehre. In the order issued by the Collector, all shops and other commercial establishments under the identified area of ​​the Containment Zone will remain closed till the next order. There will be complete ban on movement of all types of vehicles. For any reason other than medical emergency, the exit of the house will be restricted.
All the positive patients found above, the marked boundary of the east, west, north and south direction of the accommodation has been declared as the Containment Zone. According to the order, police patrolling will be ensured for arranging according to the standards of the health department in the said area. Necessary surveillance, contact, tracing and sample examination will be taken as per the instructions of Health Department. Also, officers have been entrusted with the responsibility for the action in the zone. The Executive Engineer Public Works Department is responsible for the sanitary arrangement of the area including entry and exit and the Chief Executive Officer of Janpad Panchayat concerned to ensure the availability of essential commodities for barricading for only one entry and exit. The Chief Medical and Health Officer Gariaband has been entrusted with the responsibility for contact tracing. The block medical officer was entrusted with the responsibility of providing medicines, masks, PPE pests etc. to the health team, and the management of biomedical waste and the supervisor of the Department of Women and Child Development to the Active Surveillance and Development Education Officer in the control room set up at the block level. is. The concerned subdivisional officer of the Police Department has been entrusted with the responsibility of getting shops closed and traffic restricted. Supervision Officer has been appointed for the concerned area and the concerned Sub Divisional Magistrate (Revenue) has been entrusted with the entire charge of the concerned area. All the above officers and employees will coordinate among themselves and discharge all the responsibilities. If required, they will be authorized to levy duty of other local staff for the above mentioned works.