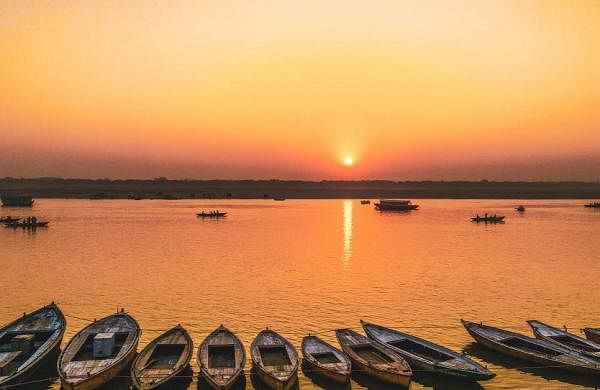 ALLAHABAD: Hearing a public interest litigation over pollution in the Ganga river, the Allahabad High Court observed that the lack of cooperation in different departments of the state government is resulting in confusion before it.

The court also directed the UP chief secretary to issue directions to remove the confusion as different departments and agencies are being represented through different counsels, lacking coordination.

A three-judge bench comprising Justice Manoj Gupta, Justice Sidharth Verma and Justice Ajit Kumar on Friday said, “We notice that different departments, nodal and executing agencies are represented through different counsel and amongst whom there is no coordination, resulting in a lot of confusion.”

“If the additional advocate general is representing the state, we expect that he should have full information at least in respect of all matters falling under the purview of the state government or its instrumentalities,” the court said.

“The chief secretary of the state shall examine the said aspect and issue required directions to obviate confusion,” the court added.

The court also expressed dissatisfaction with the approach of the Prayagraj Municipal Corporation regarding cremation on the banks of the river.

“We do not appreciate the mindset with which the Nagar Nigam is handling the issue. No doubt, on account of religious beliefs, few people avail the services of electric crematoriums, but we feel that if proper facilities are provided at the electric crematoriums and people are educated and made aware, more and more people will be attracted to avail the facilities,”it said.

The court directed the additional chief secretary (nagar vikas) to examine the matter and place before it its plan in respect of improvement of the infrastructure at two electric crematoriums and the time frame within which it will be implemented.

Regarding the purity of the Ganga water, the court said a report from the IIT-Kanpur is still awaited and they have been informed that there is a request for some more time to enable it to complete the tests and submit the desired report.

“We accept the request and permit submission of the report in sealed cover through the registrar general by the next date,” it said.

The other two reports from the UP Pollution Control Board and the BHU shall remain in sealed cover and will be opened on the next date along with the report of IIT, the court said.

On the question of a ban on the use of plastic, the Prayagraj Division Commissioner filed an affidavit with an order dating November 8, whereby a committee, comprising the A D M (City), additional municipal commissioner and superintendent of police (city), has been formed to oversee the implementation of the ban.

The court fixed December 6 for next hearing.