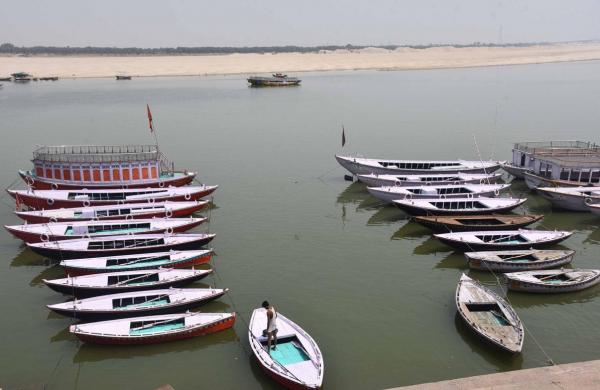 Express News Service
NEW DELHI: A new study has found that Ganga water is heavily polluted with microplastics of multiple kinds and the highest concentration was found at Varanasi.

The study titled, ‘Quantitative analysis of Microplastics along River Ganga’ released by NGO Toxics Link on Thursday revealed the presence of microplastics in all samples collected from the river at Haridwar, Kanpur, and Varanasi.

Microplastics are defined as plastics less than 5 mm in length and recognized as a major source of marine pollution of significant concern, due to their persistence, ubiquity, and toxic potential. The plastic products and waste materials released or dumped in the river break down and are eventually reduced to Microparticles and the river finally transports significantly large quantities downstream into the ocean which is the ultimate sink of all plastics being used by humans.

“Essentially all along microplastics are flowing into the river system. It does reflect or suggest a direct linkage between the poor state of both solid and liquid waste management; hence it is critically important to initiate steps to remediate it, said Priti Mahesh, Chief Coordinator at Toxics Link.

The river water testing was carried out in collaboration with the National Institute of Oceanography in Goa and a set of five water samples were collected from the river at Haridwar, Kanpur, and Varanasi. The samples were tested through FTIR to identify the exact type or resin core and the results show the presence of significantly high (40) different kinds of polymers as microplastics in Ganga waters.

Among the three cities, Varanasi showed the maximum load of microplastics in the Ganga waters as compared to the other two cities. The results indicate greater microplastic pollution in the downstream river, from Haridwar to Varanasi. Microbeads were observed in Varanasi and Kanpur, while no beads were found in Haridwar.

Microplastic pollution in the Ganga can have many ramifications, as its water is used for various purposes which can lead to severe impacts on the environment as well as human health. The river is the major source of drinking water for cities situated along its banks and microplastics pollution is a cause of concern.