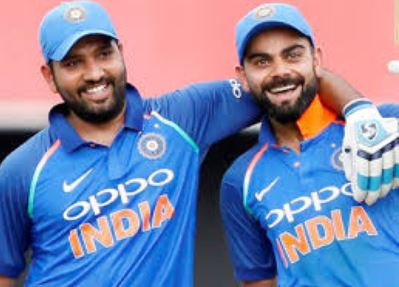 Former Indian cricket team player Gautam Gambhir advocated handing over T20 team captaincy to five-time IPL winner Rohit Sharma while commentator and former player Aakash Chopra has the right to retain current captain Virat Kohli as captain in all three formats of the game. Are in

Former Indian players Gautam Gambhir, Akash Chopra and Parthiv Patel discussed about who is the better captain of Rohit and Virat in the Star Sports program Cricket Connect, in which the three players expressed their opinion. These days, in fact, this discussion is very loud whether T20 captaincy should be handed over to Rohit.

Under Rohit’s captaincy, Mumbai Indians have won their fifth title in the IPL, while Virat’s Bangalore team could only reach the playoffs and under their captaincy, Bangalore has not won the title even once in eight years. Amid the ongoing debate over sharing of captaincy, however, India’s first World Cup winning captain and legend all-rounder Kapil Dev, dismissed the idea of ​​Team India’s sharing of Test and limited-overs captaincy, saying that Indian cricket culture is two captains. Is not there and if Virat is doing well in T20, then he should be allowed to remain captain.

Gambhir said about Virat and Rohit being the better T20 captain, “Virat is not a bad captain but the discussion here is who is better captain and according to me Rohit is a much better T20 captain and in the captaincy of both There is a huge difference. “Akash Chopra said,” This is not the time for change. Now you do not have time to prepare a new T20 team. If you want to start the team process or something new, then for that you must have many matches to play but before the T20 World Cup, the team has only five to six T20 matches. “