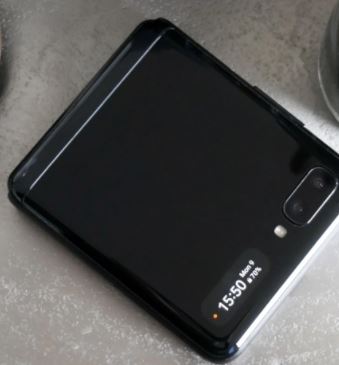 Foldable display technology is here to stay and you can be certain that Samsung will launch more Galaxy Z Flip / Z Fold models next year. How many exactly, we do not know yet, but a new rumor suggests that Samsung is developing a new foldable model which will greatly contribute to democratizing foldable display technology. It will reportedly be called the Galaxy Z Flip Lite and it might be manufactured in larger quantities compared to the previous models.

The source also mentions that the so-called Galaxy Z Flip Lite might be taking advantage of UTG (Ultra-Thin Glass) technology but that shouldn’t come as much of a surprise given that UTG was introduced with the original Galaxy Z Flip and it’s being adopted by newer foldable models. In other words, Samsung is highly unlikely to release a foldable panel without UTG in this day and age. The company is researching and developing for the purpose of lowering the costs of UTG precisely because UTG is now a key component in Samsung’s foldable display technology. The point is, UTG will probably be included in all of Samsung’s foldables moving forward, Lite/budget or not.

Now, as far as the validity of this rumor is concerned, you shouldn’t get your hopes up just yet, or at least not to the extent that you’d be saving money over a rumor of an unconfirmed device. The source behind this latest tidbit of information, @DSCCRoss, hasn’t outright said that the phone is in development but rather that we are hearing about Z Flip Lite with UTG. This could mean that Samsung is thinking about developing this model or that the company is already building it.