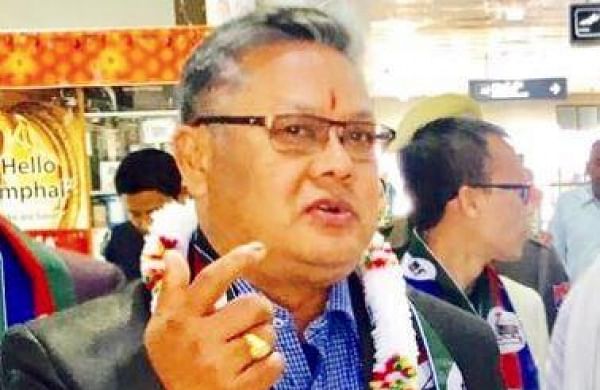 GUWAHATI: The BJP, which heads the ruling coalition in Manipur, is set to get another shot in the arm as the lone Lok Janshakti Party (LJP) MLA has decided to wear saffron.

Karam Shyam, the only LJP legislator in the whole of Northeast, announced that he would join the BJP on November 11. The LJP is a constituent of Manipur’s BJP-led ruling coalition.

After the results of the 2017 elections were out, he had wasted no time in pledging his support to the BJP when it was cobbling up numbers to form the government.

The Langthabal MLA expressed happiness over the Narendra Modi government’s various development initiatives and said he would work towards strengthening the BJP.

His announcement that he is BJP-bound came on a day when two Congress MLAs joined the saffron party in Delhi.

MLAs RK Imo and Yamthong Haokip joined the party in the presence of BJP leaders Sarbananda Sonowal and Sambit Patra among others on Monday.

The Assembly elections in Manipur are expected in February next year. Apart from LJP and BJP, the other constituents of the government are Naga People’s Front and the National People’s Party.

Over the past four and half years, a number of Congress MLAs had ditched the party to be with the BJP. MLAs of opposition parties switching their loyalty to the ruling party has been a trend in the Northeast in recent years.

Observers say the upcoming polls will be keenly contested by the BJP and the Congress. However, given the steady desertions of Congress MLAs and the party’s depleting popularity in the region and the country, the BJP is likely to have an edge.