Gaikwad doesn’t feel that CSK is out of the tournament 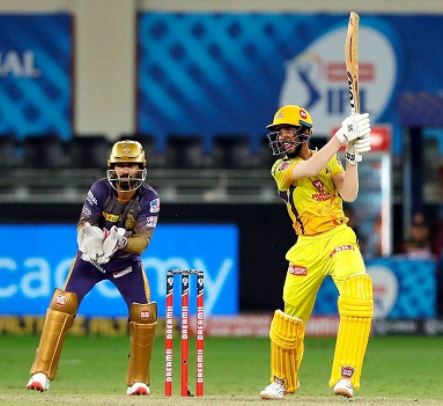 Chennai Super Kings (CSK) batsman Ruturaj Gaikwad said the atmosphere in the dressing room is “pretty relaxed” and it does not feel like they are out of the competition.

CSK failed to reach the Indian Premier League (IPL) playoffs this season and are the bottom-placed team on the points table. However, the team defeated Kolkata Knight Riders (KKR) by six wickets here on Thursday.

“Obviously looking to continue my form and win for the team, nothing else matters. Hopefully, we finish the tournament with a win and continue the momentum next year,” Gaikwad told teammate Shane Watson in a video posted by iplt20.com.

“Atmosphere is pretty relaxed. Does not feel we are out of the tournament. The atmosphere during the first game and during this game was the same. It helps a lot,” he added.Gaikwad also expressed elation over being able to bat with Watson and said “it was a dream batting with you.

”“It has been a privilege to see Ruturaj bat so incredibly well and so composed. For a young guy and at a big stage like IPL, to be able to bat like he has is very impressive. And to be able to take on guys like Pat Cummins, Ferguson and Sunil Narine,” Watson said.